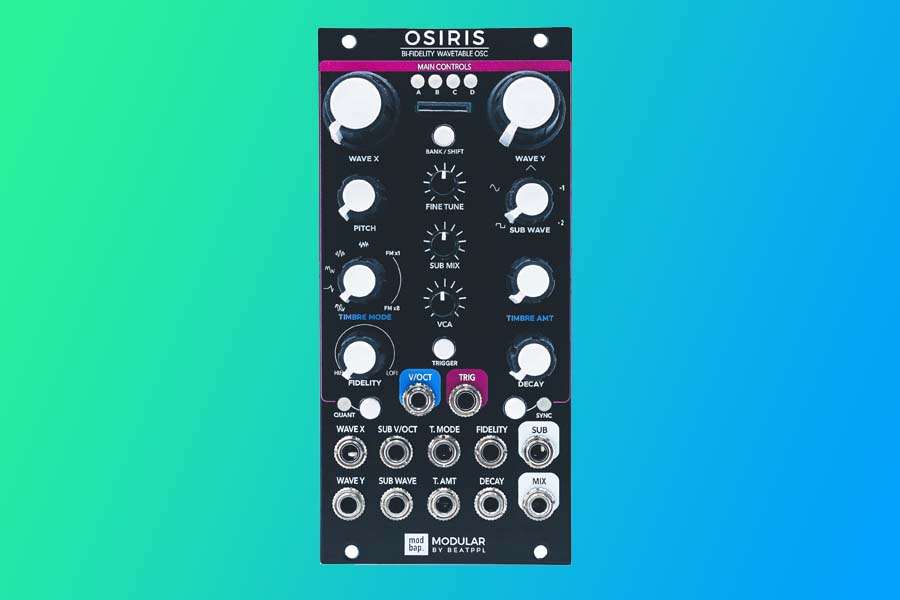 Modbap released Osiris, a bi-fidelity ™ wavetable oscillator with 4 banks of 32×32 wavetables each (128 wavetables in total). Each wavetable has 32 waveforms at 256 samples per waveform.

Timbre Modes are a set of selectable forms of waveshaping that vastly expand Osiris’ range in sound possibilities. All of the Timbre Modes live on one CV-enabled knob, allowing for smooth morphing between modes which makes for some very cool blended timbres between modes. Timbre Amount allows for dialing in as much or as little of the selected timbre as desired.