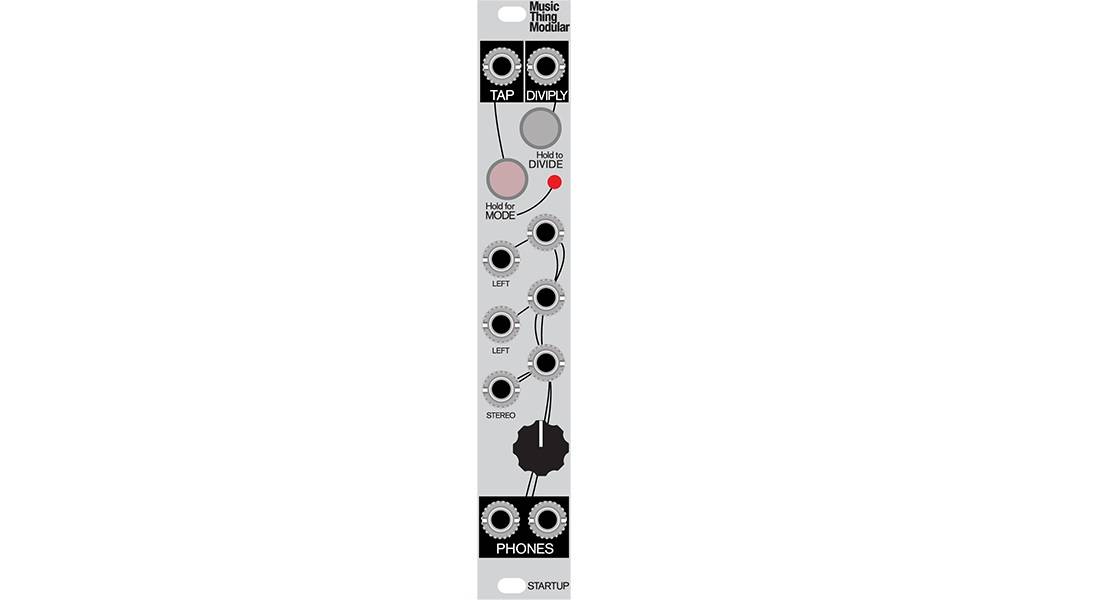 Startup is designed to be the best way to start a small Eurorack case. It does three things. It’s a 5 channel output mixer, with a spare channel for stereo signals (like a Korg Volca or a phone). It’s a nice clean headphone amp with two outputs. And it’s a useful tap-tempo clock, with a second channel giving divided or multiplied clocks.