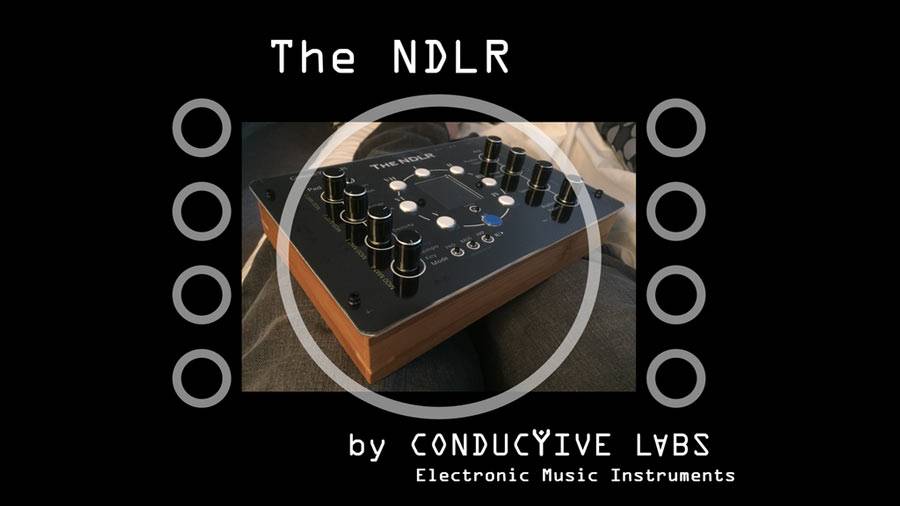 Recently we found this quite cool and interesting projekt on Kickstarter. The NDLR: A Multi-Part Polyphonic Arpeggiator.

The NDLR is a new MIDI device that fits between your controllers and synthesizers, playing notes and keeping your oscillators singing.

What is The NDLR…

The NDLR is for anybody who loves making music but finds themselves staring at their keyboards not knowing what to play. It is a new MIDI device that defines a new place in your synth studio. It fits between your sequencer and keyboard controllers and your sound modules. It keeps your oscillators busy by playing sequences of notes over several MIDI channels so you can keep your fingers busy tweaking patches and twisting knobs!

The initial idea: multiple synthesizers playing notes and chord changes at the same time, without a computer in the way. The initial idea evolved into playing up to four independent parts: a drone note, bass line, pad notes, and a motif sequence, simultaneously.

The NDLR can play up to eight synthesizers via MIDI. It can independently send…

A ring of seven buttons enables playing any chord degree directly. When shifted, the same buttons allow you to pick chord types: triads, 7ths, 9ths, and suspensions, etc. The sonorities of these chords, major, minor, diminished… are automatically selected based on the chord degree and the key and mode chosen.

All the above mentioned technical details melt away while playing The NDLR. But we quickly realized while developing those features that keeping songs fresh with ever changing patterns and chord progressions is vital. In Keyboard Control mode, the chord degree and chord type can be selected externally by a KB or sequencer. The notes played by the KB or sequencer become the root note of the chords that The NDLR plays.

The eight encoder knobs enable you to vary the sequences, rhythms, densities and range of notes. There are also three LFOs and two randomizers that can be assigned in the x8 modulation matrix to any of the parameters of The NDLR or to external MIDI CCs. This ensures that in addition to the motion of your synth patches there can also be an automated chord progression and modulation of The NDLR parameters. See the specifications below for more details.

We stuffed all this into one box that’s easy to use and fun to play. It’s an easy choice for anybody who loves making music and wants to tweak knobs on their otherwise silent synthesizers. So please support this Kickstarter project now.