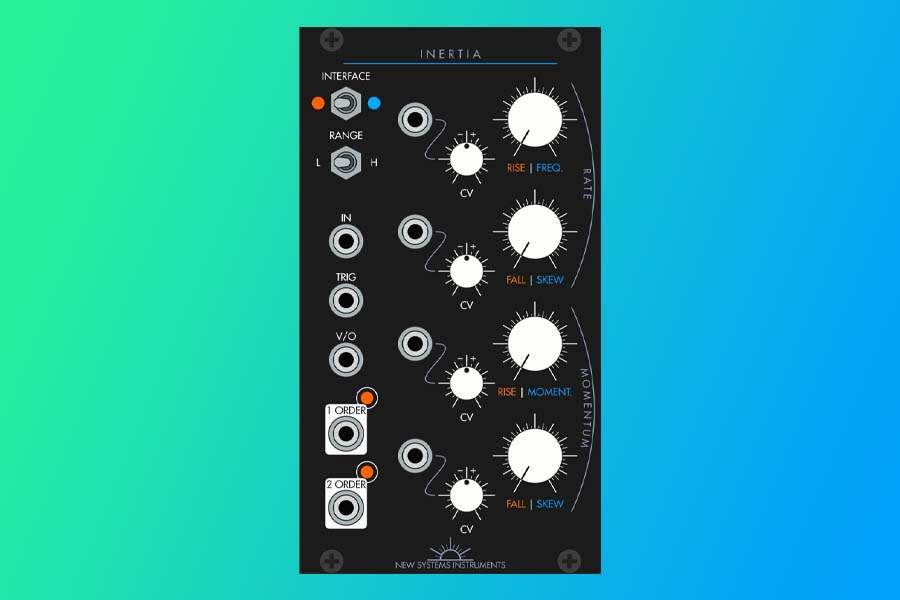 New Systems Instruments announced Inertia, a universal movement simulator coming October 8. It generates output curves from input stimuli and the weight of its own motion—that is, its inertia.
Just as Newton described the motion of the planets and the motion of earthly bodies with a single set of laws, so too Inertia brings together several seemingly disparate musical functions with a single, elegant abstraction.

Inertia can be used as: