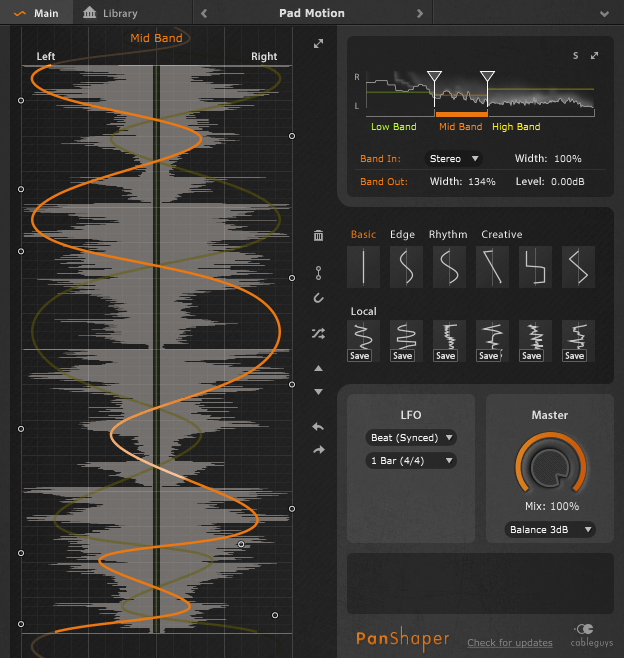 Cableguys has released new updates for their amazing tools PanShaper and VolumeShaper.

„Many of you asked for it: The bands in VolumeShaper and PanShaper can now have their independent settings for their LFO and Mix controls.
A solid sidechain curve on the beat in the low end, a fast 16th gate in the high frequencies in VolumeShaper, or some fluid effects in PanShaper: The independent LFO settings allow more flexible editing, while the independent Mix controls improve fine-tuning the effect of the curves.
Plus, PanShaper now also works on mono channels and turns them into stereo (if your DAW support this; Logic does for example, after a rescan in Logic’s Plugin Manager).
And we’ve fixed a bug with certain settings when using the One-Shot LFO modes.“

New updates for PanShaper and VolumeShaper by Cableguys was last modified: May 9th, 2016 by Carl