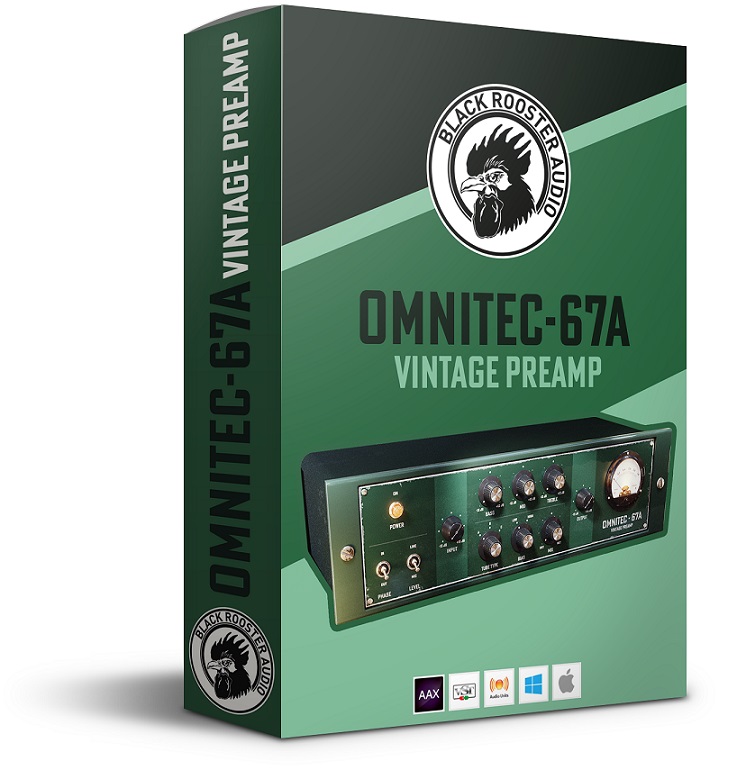 Altec’s acclaimed 1567A was originally released in the early Sixties as a rack-mounted tube mixer that had a simple two-knob EQ and a whopping 97 dB of gain! Indeed, its sound suffused whatever was being processed with welcomed character, density, and grit, while its signature green faceplate visually set it apart from the gear of the time. Today it is still a go-to unit for that unmistakably raw analogue sound!

Back in the Sixties (and beyond), the 1567A heavily influenced the sound of countless Motown hits — from The Supremes to The Temptations. It is impossible to think of Motown without thinking of the deliberately distorted and oversaturated brass sections, electric piano, bass, and vocals that gave those songs the sound that is so well known and loved today, thanks to extraordinary engineers like Russ Terrrana and Matt Wallace putting the 1567A to such good use. Ultimately, that iconic piece of studio gear can be credited for the sound of a generation, bolstered by the trailblazing recording techniques that those talented engineers used at the time.

The Altec 1567A stuck around after the Motown era, ending up as the gold standard for achieving a cost-effective coloured sound. Above and beyond their technical excellence, Motown producers focused on creating an apparent aesthetic, one which was so influential that many artists across pop, rock, soul, indie, and hip-hop still implement it today… from vocals to harmonic rhythm sections, the Motown sound is here to stay.

Saying that, then, Black Rooster Audio’s OmniTec-67A vintage preamp plug-in has been faithfully modelled to transport this iconic sound to modern-day DAW-driven workflow, with TUBE TYPE A, B, and C providing its users with a variety of options to add warmth and saturation to a track. The three types of tube each offer a different frequency response, output gain, and harmonic range, while the BIAS control heavily influences how those tubes are driven, having an effect on their temperature and resistance — too cold (over-biased), then the valve sounds thin; too hot (under-biased), then the valve oversaturates. OmniTec-67A users can choose between LOW and HIGH voltage options to find the optimal tone for their production.

OmniTec-67A includes a LINE/MIC LEVEL switch, so users can select a source, each with its own frequency response and behaviour — mic impedance verses line impedance, in other words, while the plug-in also auto-compensates at the output stage. Digging deeper, the mic input introduces the incoming signal into a microphone transformer, then into a premix amplifier, adding an additional saturation stage that users can control using the level of the incoming signal, while the line input is connected straight into the input switch. Since there is no level difference between the mic and line input in the digital world, Black Rooster Audio has helpfully compensated for the line input signal to reach the same boosted level as the mic input.

After the LINE/MIC LEVEL switch, there is an INPUT potentiometer that acts as an attenuator before the single-stage booster injects the signal into a vintage three-band EQ with meticulously-selected BASS (50 Hz), MID (400 Hz), and TREBLE (1 kHz) frequencies to attenuate or boost between -12dB to +12dB for each selected frequency — providing OmniTec-67A users with even more options than its hardware counterpart — and an OUTPUT control that acts as an attenuator, which, when combined with the EQ, makes it possible to saturate the last stage of the circuit in interesting ways. With the PHASE IN/OUT switch it is also possible to change the phase at the input level before any of the subsequent stages.

Several other notable controls directly accessible on OmniTec-67A’s photorealistic — four setting-resizable — GUI (Graphical User Interface) include a PHASE IN/OUT switch to invert the phase of the incoming signal to prevent phase cancellation in the mix; an ability to control the INPUT and OUTPUT gain by between -15dB to +15dB before or after processing, respectively; and also an ability to blend the WET (saturated) signal with the DRY signal using the MIX control.

Completing that user interface that is as easy to use as it is easy on the eye, OmniTec-67A comes complete with a beautifully-modelled VU-meter with a -14dB reference level that allows for the visualisation on the amount of ‘drive’ being generated… from gritty vocals to saturated kick drums and harmonically-complex mixes, the vintage classic with a twist that is OmniTec-67A can do it all, turning any audio signal into pure analogue gold while its clear-cut control set shows the settings involved in doing so!

Says Black Rooster Audio CEO André Kirchner: “With the release of OmniTec-67A, we not only wanted to create the most colourful and interesting preamp we could think of but we also wanted to shine the spotlight on a unit that has truly shaped the sound of so many wonderful songs, while adding the Black Rooster Audio twist that we are known for. From modelling this unit to adding our own feature ideas to it and designing its GUI, every step in the creation process of OmniTec-67A as an easy-to-use tool that is capable of creating that warm Motown sound, full of beautiful grit and saturation, has been a true blessing.”

Making Motown’s ‘secret sauce’ available to all, Black Rooster Audio’s OmniTec-67A vintage preamp plug-in allows anyone to step back in time and breathe new life into present-day digital recordings with all of the magic of analogue recording — and none of the hassle inherent in analogue gear.

OmniTec-67A is available to purchase for a time-limited introductory promo price of only $49.00 USD — rising thereafter to its regular price of $99.00 USD — as an AAX-, AU-, and VST-compatible plug-in for Mac (OS X 10.9 or newer) and Windows (7 or newer) directly from Black Rooster Audio via its dedicated webpage, which also includes some sound samples, here: Black Rooster Audio – Omnitec 67a

14-day, fully-functional trial versions of all Black Rooster Audio plug-ins — including OmniTec-67A — are available by signing up for an account here: https://blackroosteraudio.com/en/myaccount/licensemanager (The new License Manager uses a simple serial number-based activation system.