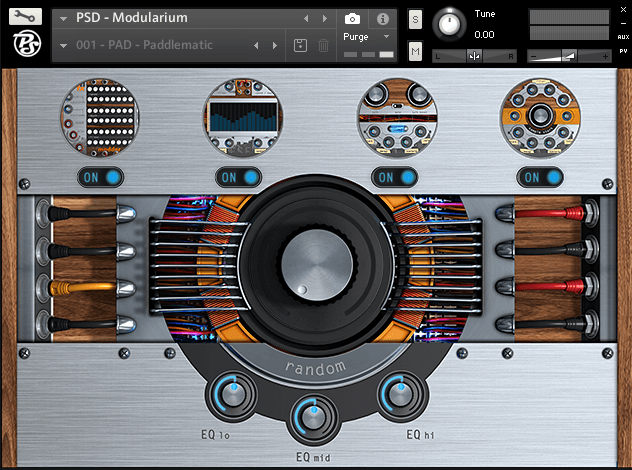 Particular-Sound released Modularium, a new 4 layer Kontakt Instrument with different ways to modulate the waveforms using synchronized effects and modulations from Kontakt sampler.
Each one of the layers can do different things: The first one is a real modulations monster called “Generator” which is using 8 different waveforms to create a fat sound. The second layer is an instrument called “Vocalirum” – it creates vocal like pads. The third one is named “Paddle”, which can do amazing pads. “Noicesetter” is a noise generator with nice extras
to tweak.