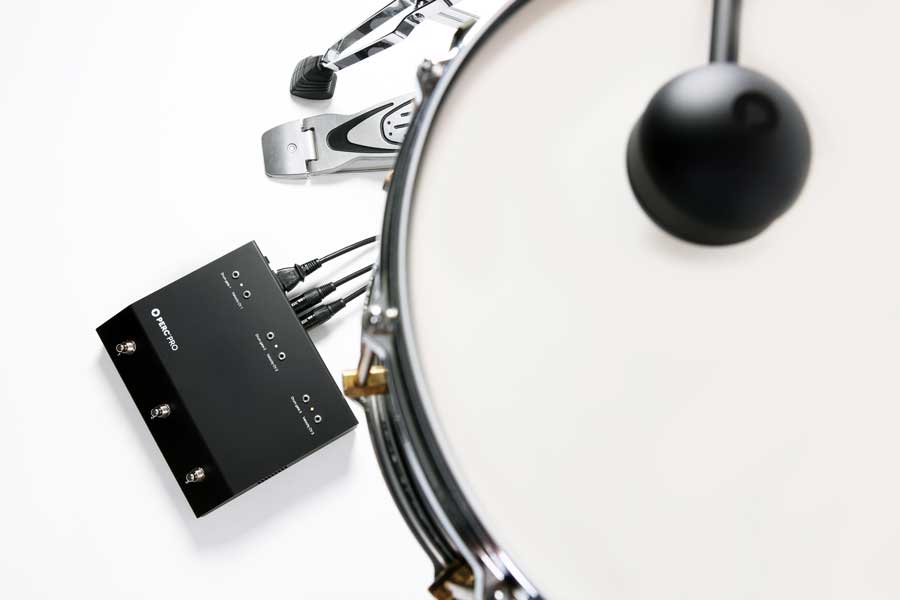 Polyend released Perc Pro, a MIDI controlled device that mechanically plays percussive instruments. Make a drumming machine out of anything that drums.

Make drum machine out of everything
We discovered the way to get new sound, timbre and feeling out of the most primary instrument in the world. Perc Pro connects drums with enormous possibilities of the digital world. It stimulates your creativity, helping you effortlessly go way beyond physical capabilities.