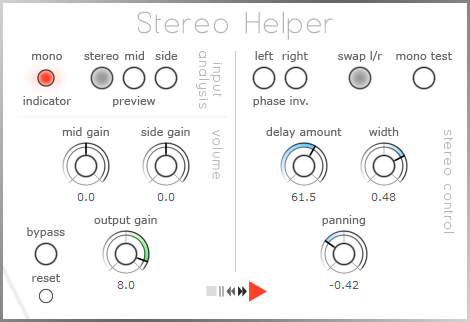 Can’t get that stereo mix right? Your tracks don’t sound wide enough? You’re afraid of mono compatibility? Don’t panic – Stereo Helper is here to assist you! The mixing engineer’s little friend won’t let you down and will take care of your everyday stereo processing tasks.

What Stereo Helper can do for you: