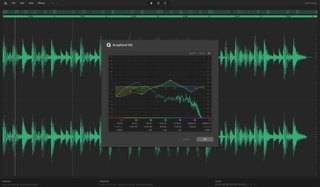 Audiotool has released an online audio-editor for free, which is based on a HTML Sample Editor

“We officially launch it today and it’s called Probe. Probe offers a variety of features such as industrial standard waveform-rendering, fast multi-threaded effects and unlimited history steps. Probe is running on all modern browsers as Chrome, Firefox, Opera and Edge. Probe exports to lossless wav-format (16 or 32bit). Drum-loops can be easily sliced with the Beat-Grid feature and a metronome. With a minimalistic, nice looking, responsive user-interface and lots of keyboard-shortcuts, Probe offers an easy to operate sample-editing platform right in your browser.

Audiotool users can export samples directly into the audiotool cloud, however, Probe can also be used by anyone who’s not registered with audiotool”