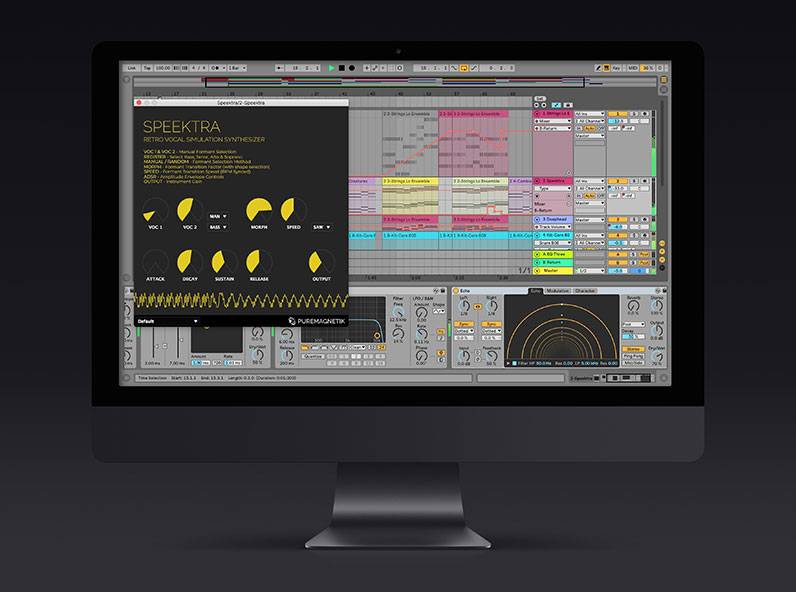 Puremagnetik released Speektra, a speech simulation synthesizer based on the VOSIM method developed by Kaegi and Tempelaars in the 1970s. It uses bursts of pulses with formant characteristics to synthesize robotic vowel sounds.

VOSIM (VOice SIMulation) sound synthesis is based on the idea that by employing repeating tone-burst signals of variable pulse duration and variable delay, a sound output of high linguistic and musical expressive power can be obtained.

The Puremagnetik implementation of VOSIM stretches things a bit further, allowing you to seamlessly morph between vowels, manually or via a modulator. You can also choose your voice register (Bass to Soprano). Designed with a versatile set of controls, Speektra excels as a lead voice synth, a percussive vocal, or a choral drone.