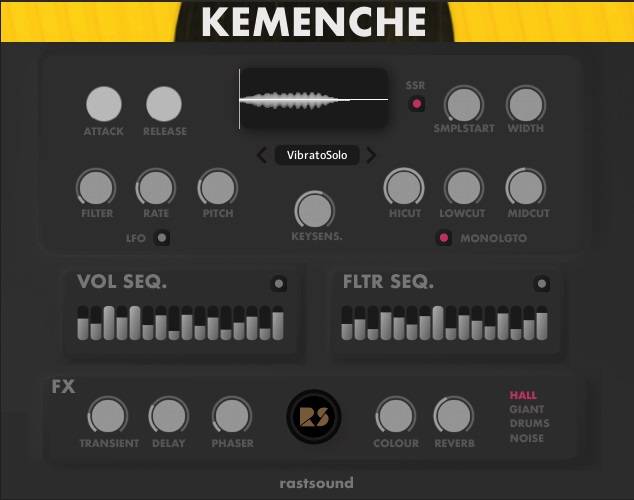 Rast Sound released Kemenche v2.0 for NI Kontakt, a sampler instrument and recorded performances, aiming to bring you both a seriously playable solo authentic world string and an invaluable spicer for layering with your other strings due to the humanly, deep and expressive sound it generates.

An authentic world string at your fingertips, either play as an instrument or use recorded pristine performances. Version 2 comes with new engine and additional sounds.
As usual, we recorded long improvs, phrases, natural & processed loops for the wave heads but we maintained a higher than usual focus on the sampler instrument this time; as this most of all is an instrument we truly love and admire. The library is available for KONTAKT & WAV.