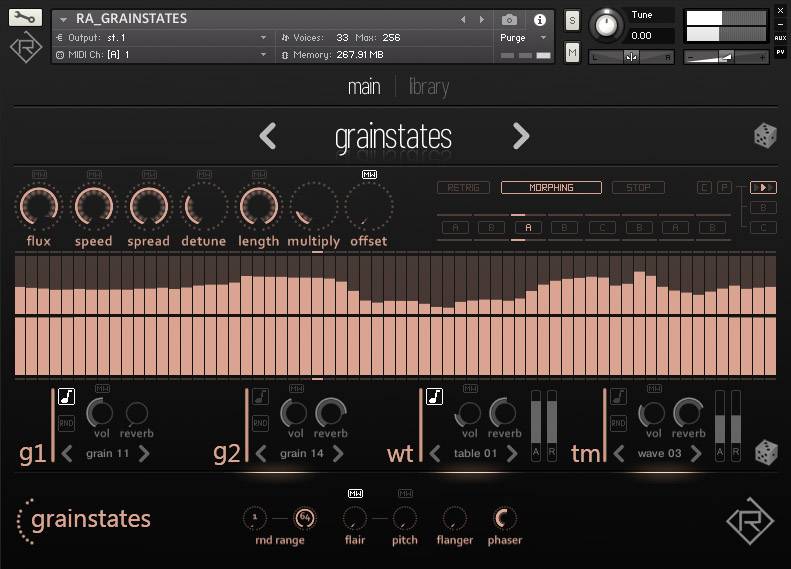 Rigid Audio has released Grainstates, a set of 128 “granular morphing soundscapes” for Kontakt 6.4.2. It comes with four playback engines, 4x 64 source WAV sounds and a so called “state-sequencer” with eight steps and morphing/blending. It also features two 64-step modulation tables, control over morphing parameters and built-in effects like flanger, reverb and a “flair”-effect.

You can also import your own WAV files into Grainstates via drag and drop. Grainstates is currently on offer until the end of April 2021.