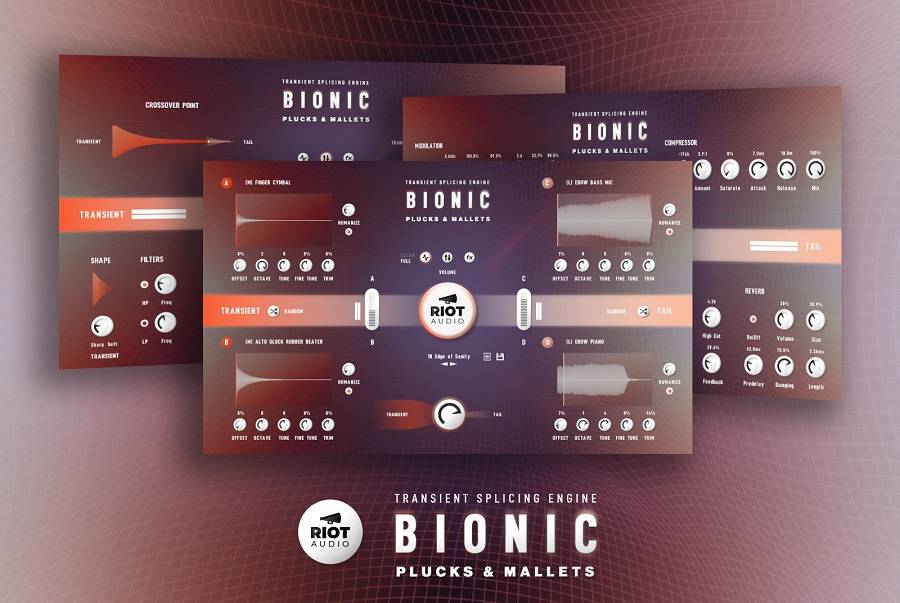 Riot Audio releases a new musical sound design tool for Native Instrument’s Kontakt 6,
built around a novel “transient splicing engine” that is designed to give detailed control
over a range of parameters needed to mix and match a number of different initial
transients to another set of tails/longer sounds.

BIONIC PLUCKS AND MALLETS AT A GLANCE

BIONIC PLUCKS AND MALLETS will be available for £79 for a limited period until
April 14th 2021 on Riot Audio’s website (riotaudio.com). After that it will be
available at a regular price of £99.