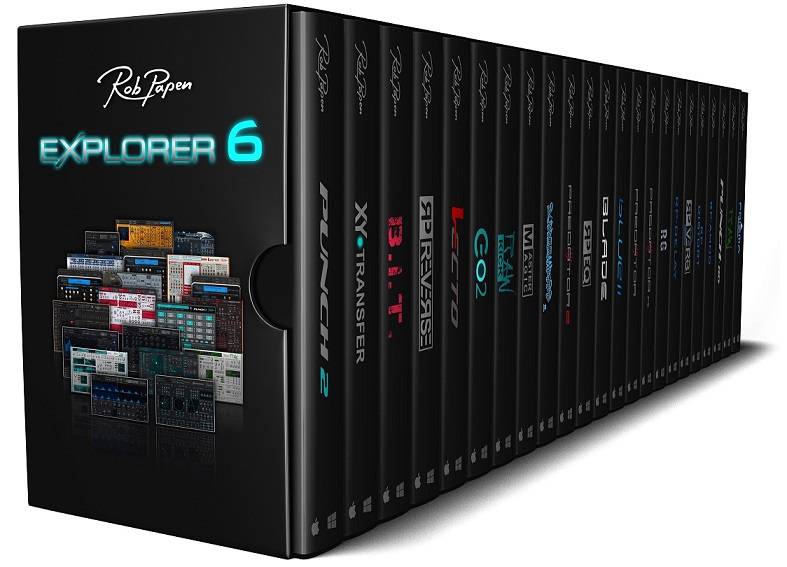 Starting with the pronouncedly-upgraded Punch 2, the cutting-edge company continues to fly the (Dutch) flag for state-of-the-art, speaker-busting, body-rattling drum-based virtual instruments with numerous new and fascinating features. By building upon the killer combination of drum synthesis/samples and a beats-triggering built-in pattern sequencer that made Punch such a remarkable rhythmic force to be reckoned with in the first place, Punch 2 brings yet more drum synthesis models to the percussive production table. Eagle- eyed fans familiar with its pioneering predecessor’s workflow will see straightaway that it introduces a new main screen, allowing anyone to quickly create new drum kits. Audibly and visually, then, Punch 2 clearly continues along the trailblazing trail taken by its innovative percussive precursor — albeit adding extra punch!

Punching well above its (software) weight in the ever-widening world of virtual instruments, Punch 2 adds an ability to import REX files and samples that users can quickly transform into loops of their own making. Moreover, they can map out those REX files or sample slices into individual pads and creatively combine these with the already available sounds and pattern sequencer. Saying that, further editing of REX files or sliced SAMPLE pads is perfectly possible using Punch 2’s flexible FILTER alongside the COMPRESSOR and LIMITER envelopes, which can then be routed into one of four — FX1, FX2, FX3, and FX4 — effects modules. Unshrinking users can even apply granular synthesis to those REX files or sliced SAMPLE pads!

While welcomed, with Punch 2 there are almost too many additions to mention! Notable new features worth highlighting, however, include a new MASTER section with EQ, FILTER, COMPRESSOR, LIMITER, and STEREO/MONO controls alongside a layout mixer.

Last but far from least, Punch 2 comes complete with an advantageous array of onboard sounds, professionally programmed to allow anyone to get into the groove of their music and productions!

Picture a filter bank with 36 different filter types and an X-Y panel that can also be recorded and played back in different ways. Well, cool as that thought may well be when brought to mind, cooler still, Rob Papen has made such creative thinking reality by beneficially bringing the all-new XY-Transfer effect plug-in to the expanded eXplorer 6 bundle. Better still, it can also be used with two other effects, each of which have their own X-Y panel, all of which are then fed into a flexible stereo DELAY! XY-Transfer sees the cutting-edge company continuing to think outside of the box as a tailor-made tool for creatively crafting dynamically different sound changes. Anyone already familiar with Rob Papen’s other X-Y panel-enhanced virtual synthesizers and instruments immediately will feel right at home using it in combination with a cool range of effects, thanks to XY-Transfer!

But best of all, the expanded eXplorer 6 bundle’s pleasing pricing matches its eXplorer 5 predecessor, so surely there has never been a better time than today to open your music and productions to the almost limitless creativity on offer with Rob Papen Inspiration Software’s latest and greatest gathering of highly-versatile virtual synthesizers, instruments, and extraordinary effects!

Owners of earlier eXplorer editions can upgrade to eXplorer 6 for €99.00 EUR/$99.00 USD, while options for upgrading to eXplorer 6 are also available to owners of other Rob Papen products.)

All Rob Papen products use a serial/license system with activation when registering. (A second serial for a secondary computer is available after registering the original.)