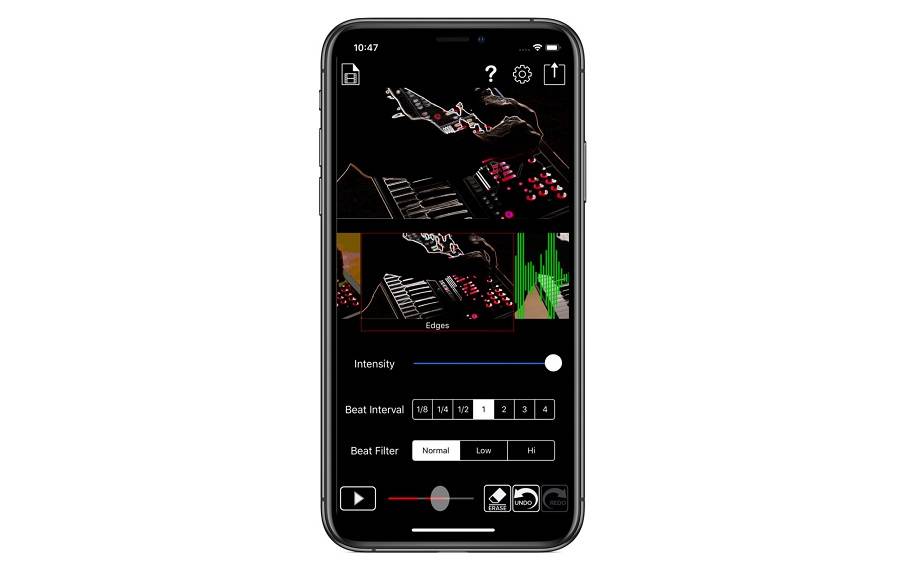 Professional EDM and DJ music videos often include impressive visual effects and scene changes that fall in sync with the beat. Until now, bringing these techniques into own your productions required a computer-based editor and some serious technical skills. Roland’s Beat Sync Maker app for iOS changes all that, letting you bring a pro look to your smartphone performance videos with very little effort. Instead of relying solely on fixed angles that focus on hands over drum machines, controllers, and synths, you can now infuse your music with polished visual effects that make your videos more engaging for a wider audience.

Beat Sync Maker automatically detects the beats in your performance and adds all sorts of cool video effects that stay in perfect time with the music. Going further, you can also drop in movie clips from your device with the app’s 2-Video Mix function. Via a simple and creative process, you’re able to transform a video in minutes, save it to your device, and post it to social media. With Beat Sync Maker, it’s never been easier to bring a professional touch to your EDM and DJ performance videos.

Beat Sync Maker is a free download from the App Store, and supports the exporting of videos up to 30 seconds long. You can export longer videos by upgrading to the full version via a small in-app purchase, or by connecting a Roland GO:MIXER or GO:MIXER PRO to your device.