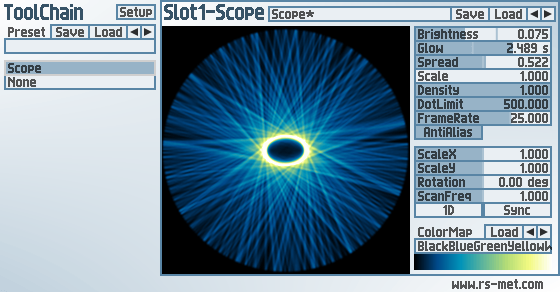 ToolChain is a plugin that is actually many plugins in one. It acts as a shell which lets you set up a chain of effects, one processed after another in a series connection. You can also put instruments at the front of the chain. At some point, i was just tired of maintaining a separate project for each of my plugins, so i lumped them all into one. The download archive contains a Windows VST x64 version, a Mac AU version, a support folder containing presets, sample-content, etc. and a textfile with manual installation instructions.