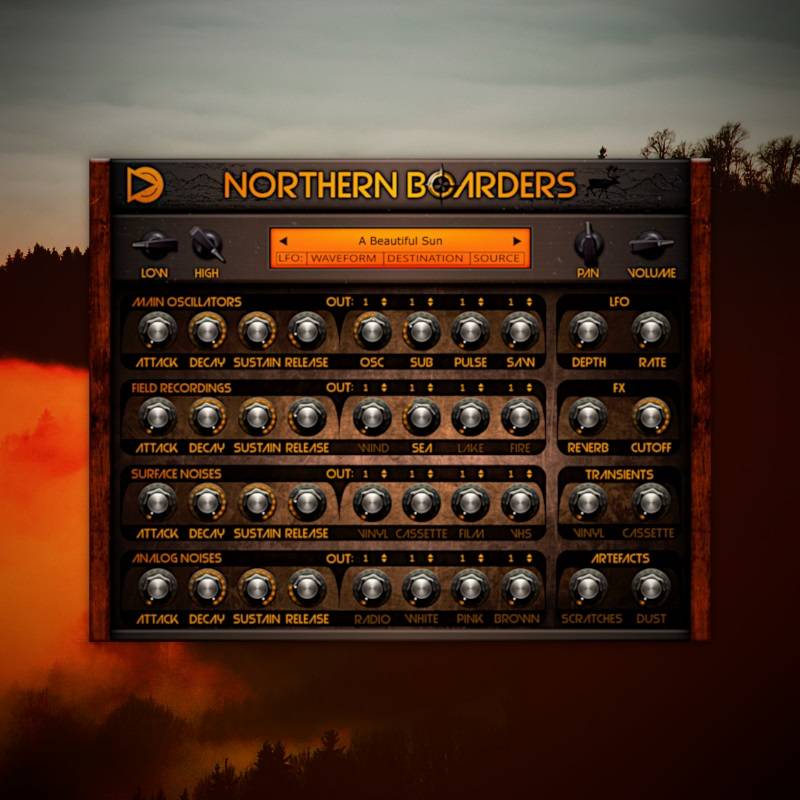 Each sound has been multi-sampled for maximum playability over a wide range of notes. Particular attention has been paid to higher pitched sounds: glockenspiel alike tones, electric pianos, and analog synthesizers pads all have pleasing higher tones.
Many of the sounds are inspired by Boards of Canada. For instance, the Roygbiv bass sound has been programmed in different analog synthesizers, sampled and are included in Northern Boarders.
Additional sound layers can be added to enhanced your main sound, most of them recorded from analog modular synthesizers, old radios, vintage tape decks, and obsolete video equipment.