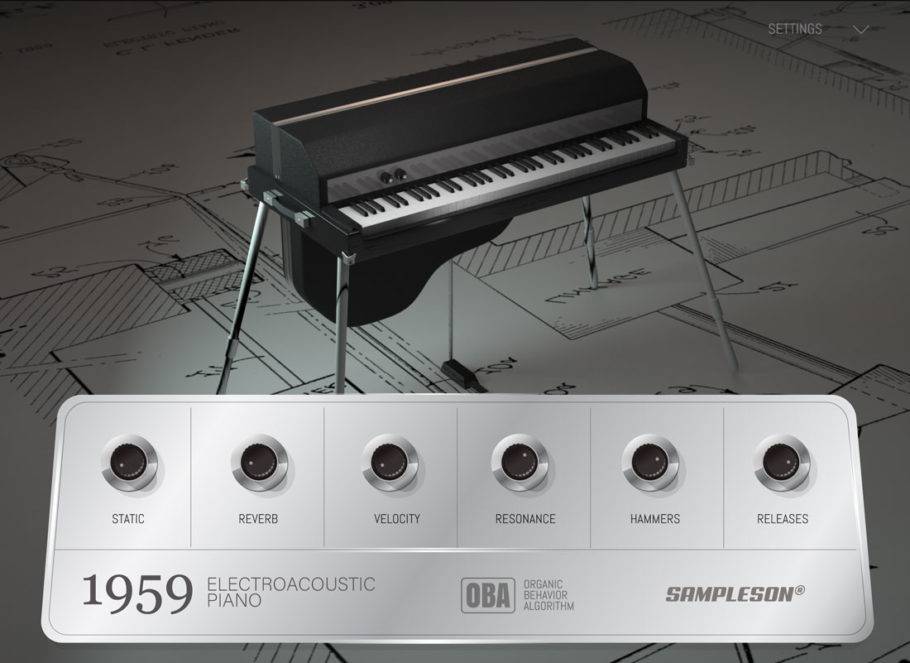 Sampleson released 1959, a forgotten electro-acoustic patent from Leo Fender, brought to life into a virtual instrument.

1959 by Sampleson is based on the Electro-Acoustic Piano patent (lifetime expired) registered by Leo Fender in 1959. We brought it to life using spectral modeling. Sound can be described as a CP80-like but a bit more tuned due to the fewer number of strings.