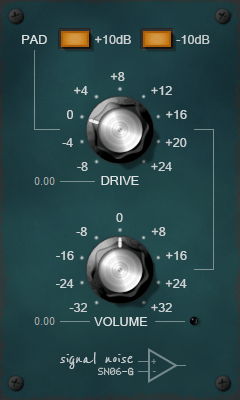 All in all, this freebie is a very simple thing. It’s basically just a gain knob that can saturate when pushed hard enough. But to add some little bells and whistles, I also included two input pads (-10dB and +10dB, so the second one is technically not a PAD) and an output volume knob for easier gain staging.

As for how close it comes to the original … well, it distorts slightly less and the natural low pass that results from the simulation is, at lower sampling rates (48kHz and down), cramped as expected (which is however nothing that 96kHz would not cure).

But more importantly — soundwise it’s pretty convincing. Head to head, I managed to dial in some settings where I could not tell the difference between SN06-G and original. What’s more, even at lower sampling rates SN06-G matches the hardware more than -30dB in null test (the greatest culprit being the already mentioned difference in low pass).

And that’s probably the main reason why I decided to release the drive section separately, too (in addition to it becoming an integral component of future releases).

As usual SN06-G comes in 32-bit and 64-bit flavors, this time, again, with only a GUI version of both.
Sender Spike 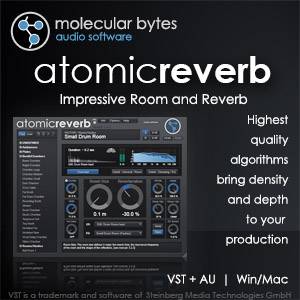