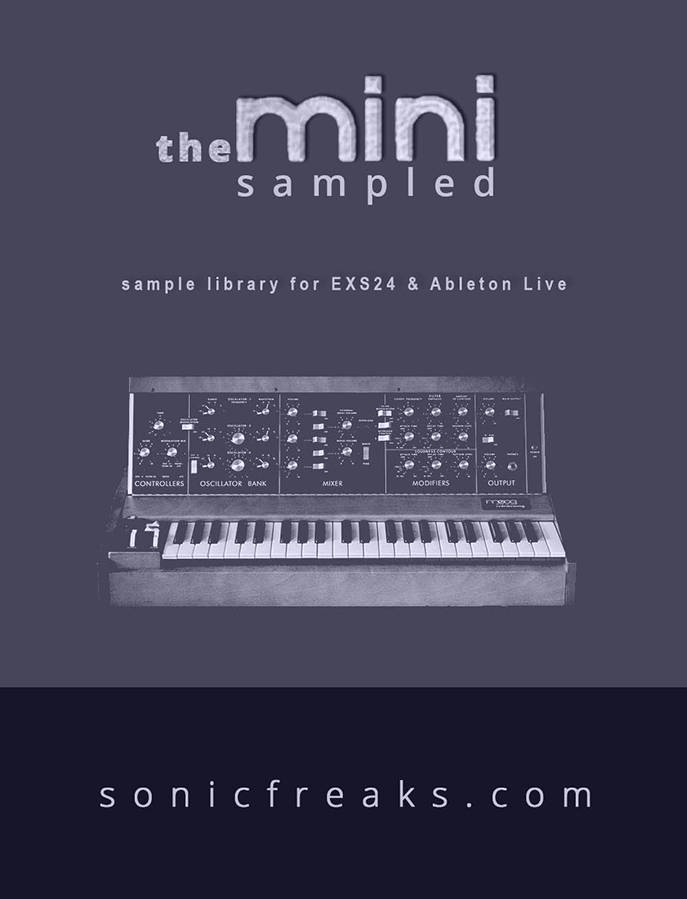 Sonic Freaks released their first sample library for EXS24 and Ableton Live called THE MINI SAMPLED and its based on the minimoog.

The MINI sampled is a sample library based on the most famous synthesizer of all time: The Minimoog Model D. We have captured its rich and beautiful tone and created 105 "ready to play" presets of which the majority can even be played polyphonic.
To record our own Minimoog Model D we used the Universal Audio 4-710D tube preamp to add even more warmth to its sound. Instead of recording only a few notes from the Minimoog we mostly recorded all notes in all its detail.

We have captured the rawness of the Minimoog. Do not expect a polished sound which you can get with any kind of plugin. We wanted the quirkiness and awesomeness of the Minimoog reflecting in this sample library and we think we succeeded.