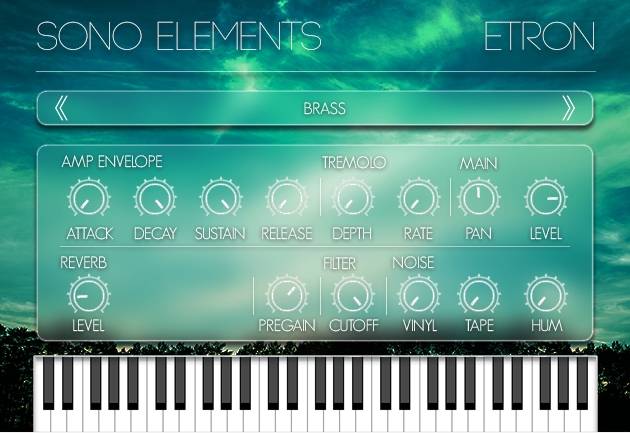 Sono Elements eTron features the sound of the legendary Mellotron keyboard. The Mellotron was a tape-based keyboard created in the early sixties in England. The instrument was ahead of its time in its use of pre-recorded sounds and has been used by such acts as Tangerine Dream, The Beatles, Robert Fripp, The Rolling Stones, King Crimson, and Genesis. Later on, during the 90s, Oasis and Radiohead used it in their music to create their classic records Morning Glory and OK Computer. Sono Elements sampled 7 of the best Mellotron sounds and embedded them in a “no fuss” easy to use plugin.

Sono Elements Model Keys features the sound of 7 new physically modeled electric pianos. Each sound has been meticulously sampled at multiple velocities for added realism. The “no fuss” user interface of the plugin will surely please producers who want to focus on music instead of losing themselves in the interface. Available for both Windows and macOS in VST and AU instrument formats.