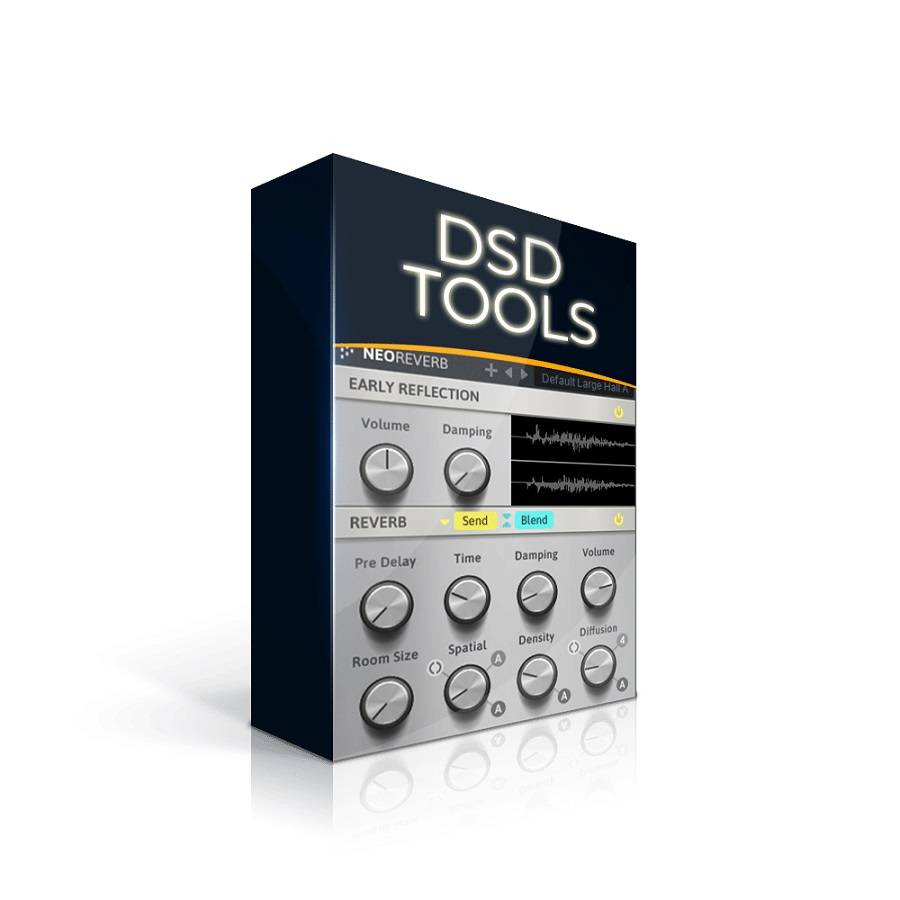 Sound Magic released DSD Tools 2.0, a bundle of plugins specially designed for processing a DXD/DSD/384KHz High Resolution Audio Contents. With this powerful weapon, you can have better control on the final sound of your DXD/DSD/High Resolution music. DSD Tools serves as a bridge between PCM and DSD. By utilizing it, you will not bother about DSD to PCM convention any more. DSD Tools contains special version of Neo Reverb, Neo EQ, Neo MasterTool and Neo DynaMaster, these plugins will run at 2.8MHz or even 5.6MHz internally by oversampling.

It is well known that when DSD converted to PCM, it will lose dynamic. You will find the peak level drops while the dynamic range decreases. DSD Tools can compensate this dynamic loss and recover the dynamic range for you during the convention processing. Through included Neo MasterTool and Neo DynaMaster plugins, DSD tools enable you to fully control the dynamic of your DSD recording, get the best dynamic for your music.

DSD Tools has been nominated for 31th TEC Awards in Signal Processing Software (Dynamics/EQ/Utilities) Category in 2015. We keep developing this tool in further by reducong its cost. In this new version, we gladly announce that now we can offer DSD Tools with the same price level as our normal plugin bundle.