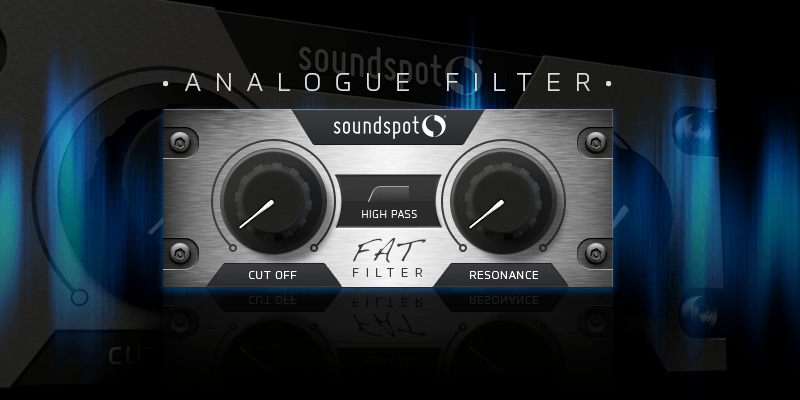 SoundSpot has released the new VST and AU plugin FAT Filter for free.

“Whilst hard at work in the studio, some members of the SoundSpot team discovered that when they were making their filter sweep transitions, they were forced to use heavy, full featured EQ’s & were using way more CPU power than seemed logical.

They also found that they were coming across strange crackling digital artefacts when using some plugins over certain sound sources. This was all far from ideal, so with this in mind, the SoundSpot team decided enough was enough, and set out to create a solution to fix the problem.
After coffee, brainstorming, interface design and all the all important coding, The FAT Filter was born.

The FAT Filter has been developed using our ever popular analogue modelled algorithm, which results in super smooth transitions, whilst being incredibly light. This allows you to load almost as many instances as your heart desires without hitting your CPU to hard.

The FAT Filter plugin is completely free and always will be, so download your copy today and get your transitions sounding great.”