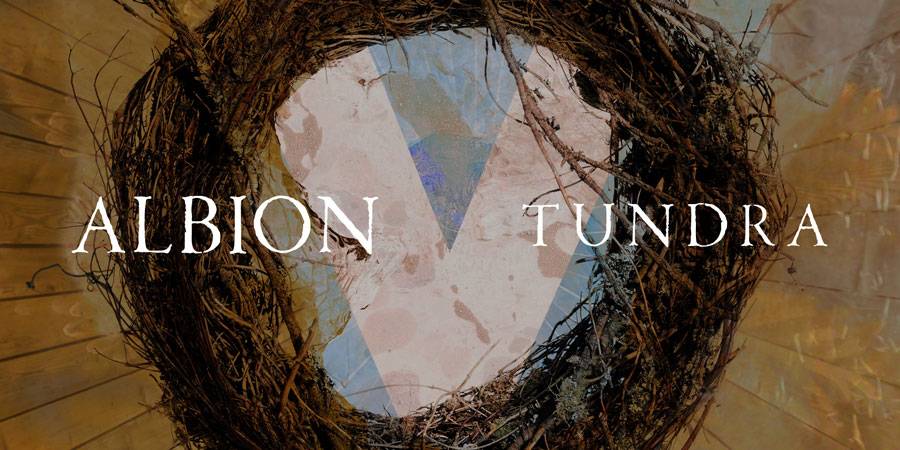 Spitfire Audio, purveyors of the finest virtual instruments from the finest musical samples in the world, is proud to announce availability of ALBION V TUNDRA — the latest (fifth) entry in its widescreen range of compositional tools that provide everything needed to make modern film music out of the box, but this time by drawing inspiration from the minimalist work of Arvo Pärt and the burgeoning Nordic community, recording a 100-piece orchestra playing never-before-sampled instructions at the very edge of silence to cleverly capture the Scandinavian zeitgeist and bring it to bear upon Native Instruments’ industry-standard KONTAKT platform for all to see and hear.

“About 10 years ago I was listening to the radio and a work came on — Fratres by Arvo Pärt. It was one of the most profound and instantaneous connections I’ve ever had to a piece of music. Unlike a lot of orchestral works, which are steeped in the choral tradition, this didn’t sound like operatic angels from above. It was as if it seeped out of the moss in the ground. I could almost smell wet Estonian forests. I could feel the mists of Scottish lochs and Norwegian fjords. It was as if I was amongst the tundra and permafrost of Iceland.” So states Spitfire Audio Director and co-founder (and adept music-to-picture composer) Christian Henson himself while ‘starring’ in an ALBION V TUNDRA promotional video rich with wondrous widescreen aerial cinematography to accompany as an intrepid team travelled to Northern climes to research, discover, and unearth the most naked, honest, and glacial of samples the company has recorded to date. “Spitfire Audio over the years has been sampling all sorts of orchestras — different shapes and sizes, but, I guess, we’ve always been trying to unearth and discover more naked and honest performance styles,” its onscreen principal protagonist clarifies, while, thankfully, remaining fully clothed, before continuing: “We’ve also found that, where sampling is concerned, the real magic happens at the absolute quietest levels. With this in mind, and with the work of Pärt — an Estonian, and, I’d also say, a new sonic hinterland being created by emerging talent in Scandinavia and Iceland, we were inspired to create a whole new set of tools… whispering choruses of strings, woodwinds, brass, percussion, bellows, all playing under instructions never sampled before — capturing instrumental groups playing at the very edge of silence.”

So, now knowing ALBION V TUNDRA’s raison d’être, time to explore exactly how Spitfire Audio set about capturing that Scandinavian zeitgeist, perhaps? Partnering with longterm collaborator, orchestrator, and contemporary composer Ben Foskett, the team tirelessly worked towards creating a full dynamic set of digitally-recorded 96K samples with the top level stunningly set to mp (mezzo-piano) — meaning: moderately soft — before moving on downwards through to the quietest recordings that they had ever dared (first) commit to (Studer two-inch) tape… captured quite literally at the edge of silence via a priceless selection of valve and ribbon mics partnered with Neve ‘AIR Montserrat’ preamps put through the world’s largest Neve 88R console at London’s legendary AIR Studios. Silence is, indeed, golden, it seems… well, almost! As such, the project engineer Jake Jackson opened up AIR’s Lyndhurst Hall to maximise its amazing early reflections and liquify the fibrous and finely textured instructions given to the 100-strong band of extraordinary London players tasked with creating the musical bedrock — permafrost, if you will — of those hitherto unheard samples.

So what, exactly, do those samples sound like, then? Icy, in the case of the HIGH STRINGS (with no fewer than 18 Long presets/articulations balanced by 13 Short ones, not forgetting Trems – Gypsy Harmonics) and LOW STRINGS (18 Long and 11 Short presets/articulations alongside Trems – Gypsy Harmonics). Taking a leap into the unknown, in this case, some of the lower mids were scooped out of the frequency map by boldly excluding violas from the orchestra and instead supporting a rich cello and bass offering of 12 and six players sat in the middle of the room with two tremendously enhanced violin sections of 20 and 18 players sat in antiphon — opposite sides of the room. Resulting articulations range from pimped classics, such as Spitfire Audio’s ever-popular flautando — producing a flute-like tone on violin or other stringed-instruments by playing nearer the fretboard — but with mutes added, and sections playing poly-divisi — the simultaneous use of opposing time signatures — so that, even with a band of this size, every player can be heard, right through to unorthodox approaches, such as using practice bows with no rosin on the hair to limit traction and actually bowing the strings with the back of a bow!

Out there in the ALBION V TUNDRA those harmonium and shruti box recordings resulted in BELLOW PADS presets par excellence, thanks to the onboard STEPHENSON’S STEAM BAND — this time the result of deploying whirring Roland Space Echo units alongside classic Eventide outboard and more to offer up yet more unique-sounding Nordic-ness aplenty! Wondered what a studio entirely made up from an abandoned Sixties American early warning system sounds like? It sounds like this!

There’s more to ALBION V TUNDRA, too. Never a company to collectively shy away from all things epic-sounding, Spitfire Audio created some brooding combinations of very small drums played against massive Verdi bass drums and taikos designed for intermittent use to punctuate or mark time — think Cantus in Memoriam Benjamin Britten by Arvo Pärt — in readiness for being creatively served up as the DARWIN PERCUSSION ensemble. Add ARTIC COMBOS – 30 PRESETS of BRUNEL LOOPS, an eDNA-enhanced series of spring-out-of-the-box presets designed by the team of award winning composers and producers — this time based on dry stage recordings of legendary percussionist Paul Clarvis’ car-full of percussion that does not sound like percussion instruments — and what have you got? Clearly Christian Henson gets it when winding up that truly enlightening promo video with these parting words of wisdom: “We hope experts and newcomers to the world of sampling experience the same musical enlightenment we’ve had using these tools. I’m massively proud to announce: ALBION V TUNDRA.”