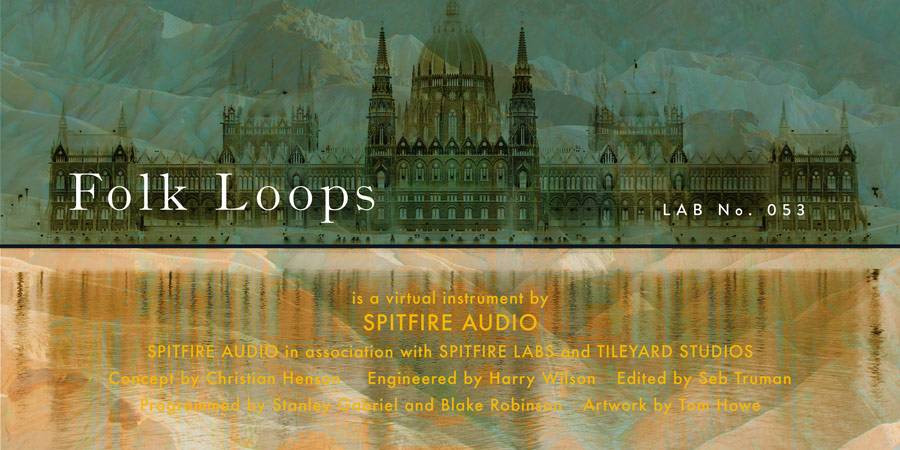 “On the genesis of these folk loops. I was commissioned to write the score for a movie set in the Scottish highlands. It was going to be my second Caledonian themed film of the year and I looked forward to working with some new talent I’ve met up here. However I wanted to start by creating some rhythm beds that would enable me to add a tincture of non-geographic folk to some more standard sweeping strings and soft piano work I anticipated doing. I find that doing what I call ‘underdubs’ with musicians often helps to sell something new and original to a director at that difficult stage of prying her or him away from their beloved temp score. So I decided on a weird combo of two acoustic guitars, two cellos and two basses playing a selection bubbling rhythm beds would be a fun palette to start with. As always in these circumstances I paid the musicians a full scale sampling fee so that I could warp and manipulate and chop up to my heart’s content. Regrettably however I received the lock of the film at 5pm a few Friday’s ago, and by 10.15 the following Monday morning I’d received a call from the producers saying “we’ve decided to take the score in a different direction and go with a different composer”. Which was curious because I hadn’t even as much as delivered a single bar of music! I’m sure that is some kind of record?! Anyway, every cloud has a silver lining, so I’m sharing with the world what I think are a wonderful played and inspiring set of ‘Folk’ loops which, who knows may still end up making that soundtrack after all…. but via the rare and sharing brotherandsisterhood of our composer community. Much love Christian xxx.”