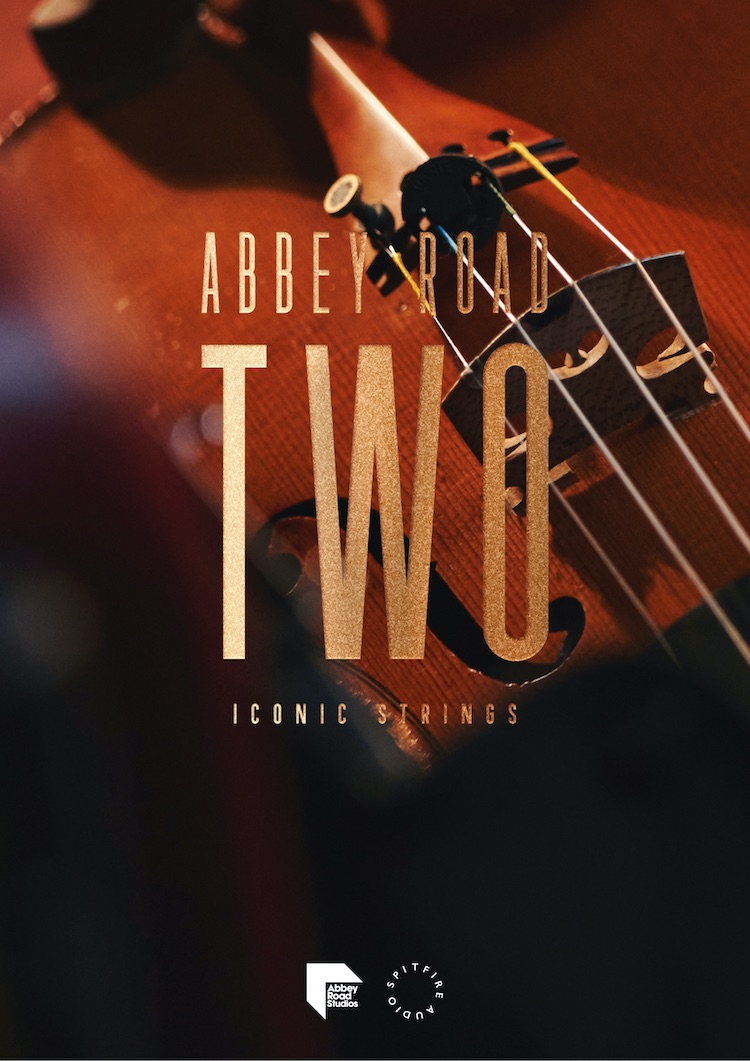 Who better to begin by putting that sought-after string sound so creatively captured for Spitfire Audio’s ABBEY ROAD TWO: ICONIC STRINGS sample library into its rightful place in music history than someone who is no stranger to the wonderful world of film scoring as an English composer for film, television, and video games, as well as a music technologist to boot — namely, company co-founder Paul Thomson: “This is the most famous string sound in the world. It will be cemented in your subconscious with the sound of The Beatles’ hit ‘Eleanor Rigby’ but also other Sixties classics that were recorded in Abbey Road Studio Two.”

Indeed, if the walls of Abbey Road Studios’ Studio Two could talk, they would speak of all the musical advances made in this magical space. Studio Two has a history like no other, and continues to influence the music industry after almost a century of work. With that in mind, it should really come as no surprise, then, to learn that Studio Two remains one of the most in-demand recording venues in the world, where some of the most legendary artists, engineers, and musicians have produced the most inspiring albums and scores of our times in what is, after all, a hallowed space.

Big bands of the Thirties and Forties through to stereo’s beginnings in the Swinging Sixties and beyond with standout pop recordings from The Beatles, Pink Floyd, and Shirley Bassey, then onwards into an equally exciting era encompassing the likes of Kate Bush and Oasis, more modern acts like Adele, Dave, Frank Ocean, Radiohead, Kanye West, and Wolf Alice, and also the scores for blockbuster film, TV, and games from world-famous composers like Carter Burwell, Alexandre Desplat, Kazuma Jinnouchi, Anne Nikitin, and Steven Price… all have etched themselves into the illustrious history of Abbey Road Studios’ Studio Two.

The unique sonic fingerprint of Studio Two simply cannot be replicated elsewhere due to its combination of controlled acoustics and one-of-a-kind equipment, refined over 90 years of innovation — from the vintage four-track STUDER J-37 studio tape recorder (used to record The Beatles’ renowned Sgt. Pepper album in 1967) to the dizzying array of microphones, this is the first time that this sought-after signal path has been made available in a virtual string instrument.

In the words of Paul Thomson, “This is a really unique one-of-a-kind library; we’ve used the same equipment that was used in the Sixties to record this incredible string sound, but we also have modern paths as well, so you get the best of both worlds.”

With ABBEY ROAD TWO: ICONIC STRINGS, Spitfire Audio worked with Abbey Road Studios to deliver a selection of modern and vintage microphones and mixes engineered by GRAMMY Award-winning engineer Sam Okell. Of course, the vintage mixes creatively capture what many music lovers think of as Studio Two, recorded using the vintage REDD (Record Engineering Development Department) desk (developed to respond to the needs of the artists and producers using Abbey Road Studios) and parallel compression from the custom-built RS124 (billed as being the secret weapon of Abbey Road Studios engineers during the Sixties), all passed through that STUDER J-37 tape machine, musically inspired and influenced by the iconic Studio Two recordings made using this one-of-a-kind signal chain.

Having said that, though, ABBEY ROAD TWO: ICONIC STRINGS is all about capturing a very special string sound for the first time ever, and achieves that courtesy of the sounds of five of London’s top string players down to the tiniest — VIOLIN 1, VIOLIN 2, VIOLA, CELLO, and DOUBLE BASS (or MULTI-VOICE) — detail. Duly offering composers the choice between highly detailed composition and easy-to-use technology that assists in the writing process, a brand-new feature called The Arranger allows for a tailored approach to writing with ensemble techniques to provide composers with newfound freedom to control the instrument ranges within the string band, thereby helping them to quickly arrive at a more nuanced performance. Put it this way: with all-new legatos programming pulsing at its musical heart, ABBEY ROAD TWO: ICONIC STRINGS also benefits from the significant step forward in quality and resulting realism, building upon Spitfire Audio’s 15 years of experience in sampling.

Putting Paul Thomson back in the musical driving seat produces some suitably spirited closing commentary: “You can choose to go for the really vibey sound or a very clean — maybe more austere — sound, according to the type of thing that you’re writing; it’s just so exciting to use, and I really hope that you’re going to enjoy using this one a lot.”