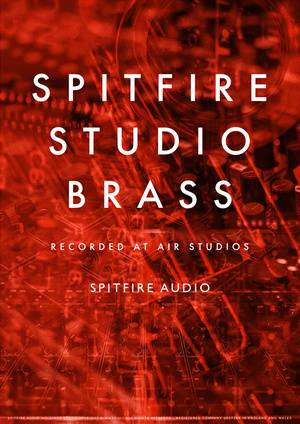 By choosing the crisp and vibrant setting of AIR Studios’ Studio 1, smaller and more controllable — capable of accommodating up to 45 musicians across its 140m2 floating floor (with a specially designed sliding door system that allows it to be divided into acoustically separated areas) — compared to the opulence of AIR Studios’ Lyndurst Hall — helpfully accommodating a full symphony orchestra with choir as one of the largest recording rooms in the world — where Spitfire Audio has hitherto recorded an abundance of award-winning orchestral libraries in its ongoing mission to inspire a generation of music makers, this time the British music technology company is offering its fellow composers a brass library with depth, detail, and an awesome punch to boot. Better still, SPITFIRE STUDIO BRASS brings the widest emotional range of performance to bear on composers’ compositions, courtesy of an abundance of articulations. As such, users can choose solo, duet, or section performances; realise the detail of their music with swells, flutter tongues, and staccatissmino stabs, as well as traditional articulations; and choose from microphones placed at close proximity to the player, through to outriggers and ambients at the edges of AIR Studios’ Studio 1 itself. It is even possible to mix and match for total tonal control like no other.

Meanwhile, SPITFIRE STUDIO BRASS PROFESSIONAL permits its users to delve deeper by boosting the instrument count to 17, spanning from the soaring highs of a Piccolo Trumpet down to the volcanic tremors of a Contrabass Tuba (to also include: Horn Solo 1, Horn Solo 2, Horns a4, Trumpet Solo 1, Trumpet Solo 2, Trumpets a2, Bass Trumpet, Tenor Trombone Solo, Tenor Trombones a2, Bass Trombone Solo, Bass Trombones a2, Contrabass Trombone, Tuba, Cimbasso, and Euphonium). That’s 13 solo instruments, including two separate, solo trumpet players, plus two horn players! Perhaps unsurprisingly, extensive control of the sound is also available, thanks to the inclusion of two ready-to-go mixes, two close-mic arrangements, two Decca Tree setups, ambients, and outriggers. On top of that, users can also access and personalise their own mix of Simon Rhodes’ microphone arsenal — from pin-sharp to super-wide, picked up by the best on offer from Neumann, Schoeps, SE Electronics, and Sennheiser. Such peerless detail and control also extends to the articulations, which not only fulfil all the traditional requirements but also include extended techniques and mutes, stomach-punching fortississimo (fff), and three variants of shorts: staccatissimo, tenuto, and marcato.

Multiple GRAMMY® Award-winning engineer extraordinaire Simon Rhodes was an obvious choice to take time out from his senior role at Abbey Road Studios to helm Spitfire Audio’s all-new orchestral library range, resulting from his having worked at the highest level in film score recording, including being American composer, conductor, and orchestrator James Horner’s go-to engineer for 18 years. Blockbuster movies such as Avatar, Spectre, and Skyfall have also all benefitted from his Midas microphone touch. “For the SPITFIRE STUDIO BRASS sessions, the general approach was similar to SPITFIRE STUDIO STRINGS, so there’s consistency between the libraries,” he notes. “The main Schoeps room mics were the same, and I captured two flavours of spots: a section mic, plus a close ribbon — typically the Voodoo VD2.”

Virtual ‘voodoo’ notwithstanding, SPITFIRE STUDIO BRASS users can cut straight to the chase, choosing Simon Rhodes’ mix, while users of SPITFIRE STUDIO BRASS PROFESSIONAL can customise freely from the various mic options offered — namely, A (Ambience mics), C1 (Close mics), C2 (Leader close mic), O (Outriggers), T1 (Tree 1), and T2 (Tree 2). Talking about the latter, Simon Rhodes reveals, “The second uses Schoeps MK 21 wide cardioids — or sub- cardioids, which are great for keeping the room sound at bay while allowing you to get a sense of distance and perspective.”

Putting Spitfire Audio’s second showing in its all-new studio orchestral range of incredibly versatile pro-end, dry-stage sample libraries into its rightful perspective, company co-founder Paul Thomson sums up the creatively inspiring results to a T: “It is a combination of the great sound of brass in AIR 1, which is a really beautiful room with a lot of glass panelling and wood, so it’s a great combination, acoustically, but also some great choices from GRAMMY®-winner Simon Rhodes on the microphone selection as well.”