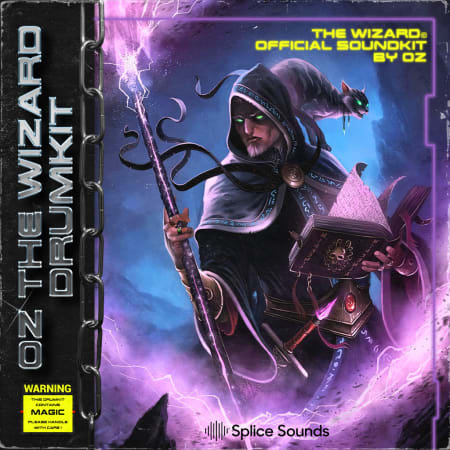 Splice is proud to present the original sounds of OZ – born Ozan Yildirim – a Swiss record producer of Turkish descent. In addition to being Splice’s 2020 Producer of the Year, he’s the Grammy-nominated co-writer and co-producer of Travis Scott’s Billboard Hot 100 #1 hit, “Sicko Mode” from the #1 album debut ASTROWORLD. OZ’s other production credits include Drake’s “U With Me?”, co-written and produced by Kanye West from the triple-platinum album, Views. Not to mention, DJ Khaled’s “How Many Times ft. Chris Brown, Big Sean & Lil Wayne”, Khalid’s “Let’s Go”, K. Michelle’s “Ain’t You”, G-Eazy’s “Random”, and Jeremih’s “Give No Fuks feat. Migos”, and five songs on Trippie Redd’s debut album Life’s a Trip.

OZ might be known most for his trap beats, but his chart-topping success has allowed him the ability to experiment alongside some of today’s top artists. In addition to rap and hip hop beats, he also makes pop, dance, or dancehall beats. Although this pack is mostly built around dark, brooding trap and hip hop beats, we hope it encourages you to do something fresh with them. OZ also designed Beatmaker presets for this pack to kick off your next production.