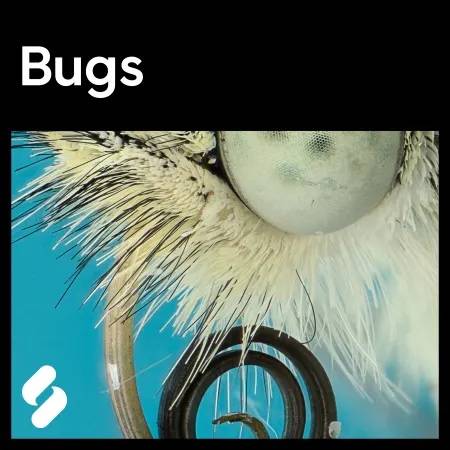 Animal music specialist and musician David Rothenberg teams up once more with his son Umru, an established experimental pop producer, to present the incredible sound world of bugs. From seventeen-year ‘magic’ cicadas to underwater beetles that vibrate as loud as a whale, from humble honeybees to death’s head hawk moths, insects of myriad kinds make sounds that have sounded electronic for millions of years before synthesizers were invented. The buzz of bugs adds natural ‘bite’ to all musical genres.

In his 2013 book Bug Music, Rothenberg wrote that insects “may have taught humans for centuries of the beauty inherent in rhythm and noise.” Use these sounds for your soundscapes, scores, experimental or electronic tracks—whatever these majestic sounds inspire you to compose.

David Rothenberg is a composer, clarinettist, and philosopher who has dedicated his career to the relationship between humanity and nature. David has travelled the world recording the sounds of various animal species including birds, whales, and insects with an ongoing interest in understanding other species through sound and playing music with them.

Umru Rothenberg is an Estonian-American music producer and sound designer who publishes music under the artist name Umru and has released two successful sound packs on Splice.

Portions of the proceeds of this pack will be donated to the Xerxes Society for Invertebrate Conservation, an international nonprofit organization that protects the natural world through the conservation of insects and other invertebrates, and their habitats.

If you have already an Splice account you can download the full pack or individual samples exclusively on Splice Sounds here:
Splice Sounds |