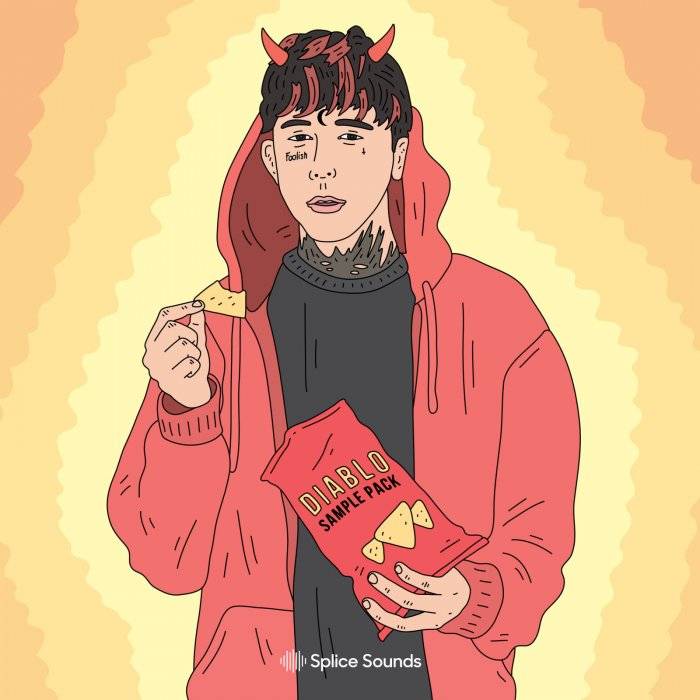 Based in Los Angeles by way of Florida, producer Diablo has worked with artists like Kodak Black, Lil Yachty, Diplo, Lil Xan, Craig Xen, Smokepurpp, and, Lil Pump. He produced “Dropout,” “ION,” and “Racks on Racks” on Lil Pump’s Harverd Dropout, and engineered most of his vocals on the album. He also produced the Platinum single, “Boss”. In 2018, he also worked on “Welcome to the Party”, the single from the Deadpool 2 soundtrack and with Kodak Black on “Gnarly” from the album “Dying to Live”, which hit #1 on the Billboard R&B/Hip-Hop album charts in the US. When still in Florida, Diablo played an immense role in a wave of lo-fi heavy bass music that made a big impact on the Soundcloud rap community. You’ll hear that influence ever-present in his Splice pack. Find dark and deep FX, signature vocals, booming 808s, a wide range of loops from dark and grimy to light and crisp.

If you have already an Splice account you can download the full pack or individual samples exclusively on Splice Sounds here:
Splice Sounds | Diablo Sample Pack