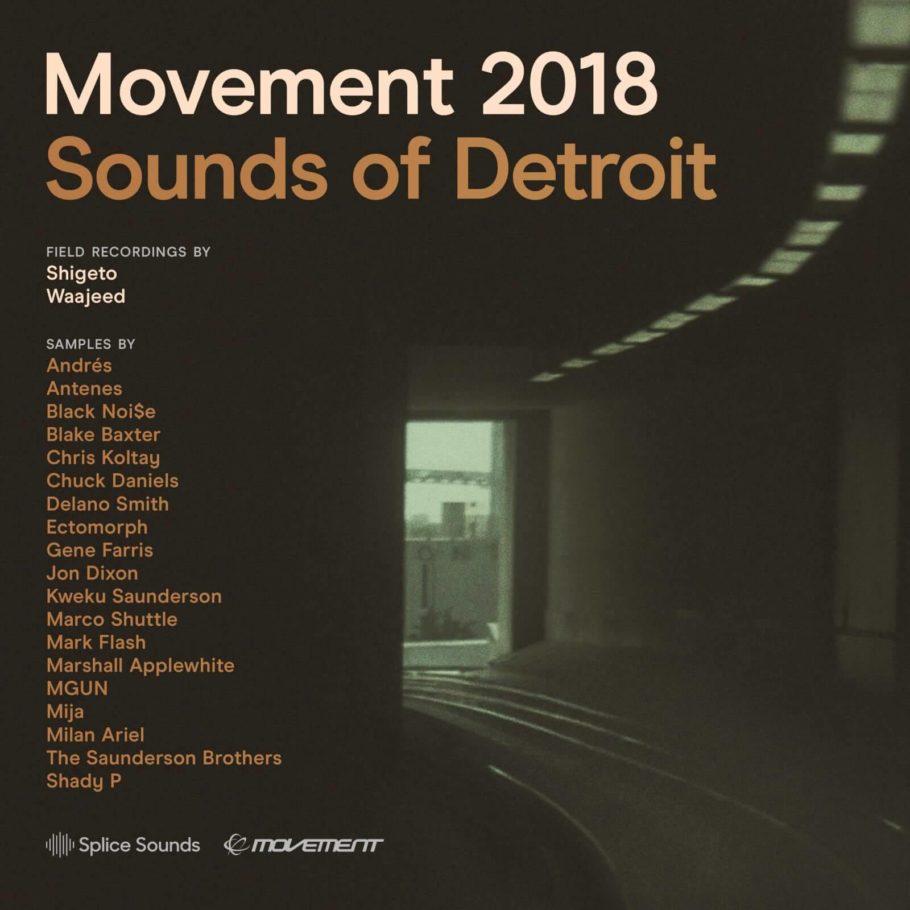 A microphone, an assortment of mallets, and an abandoned liquor store turned recording studio. These were the ingredients in creating the MOVEMENT Sample Pack, a celebration of Detroit and the artists who call it home. The pack came together at MOVEMENT Festival 2018, Detroit’s annual electronic concert series. With so many musicians returning to the city, the opportunity came to bring together some of Detroit’s legendary musical talents in a collaborative project, spearheaded by Shigeto and Waajeed. Waajeed, born Robert O’Bryant IV, grew up in Detroit’s Conant Gardens, developing an affinity for Roy Ayers, Funkadelic and more through his father’s record collection. His genre-spanning career began as part of the Slum Village crew, producing tracks for the seminal recording project of J. Dilla, Baatin and T3. He went on to form the label Bling47 and the hip hop duo Platinum Pied Pipers, and now runs Dirt Tech Reck, a label releasing sinewy house and techno from the likes of Rimarkable, Theo Parrish and more. Shigeto is the recording alias of Ann Arbor native Zach Saginaw, whose jazz flavored experimental-electronica has received worldwide acclaim, releasing numerous full lengths and EPs with Ghostly International. He returned to Detroit in 2013, and has since become fully engrossed in the local scene, hosting a weekly DJ series at Motor City Wine and starting Portage Garage Sounds in Hamtramck. Shigeto and Wajeed drove across the Motor City, making stops along the way to capture, quite literally, the sound of Detroit. From percussive hits on a gate by Belle Isle, to scrapes across the overpass on I-75, to kicks out of barricades at the Eastern Market, to the whirs of the Archer Record Pressing Plant, hours of field recordings were then dissected, deconstructed, and transformed into samples. Throughout the day, musicians from the Detroit scene and those in town for MOVEMENT Festival came in and manipulated these samples, transforming each sound into loops and one-shots with their own unique approaches. The following artists, alongside Shigeto and Waajeed, contributed their talents to the pack. Andrés Antenes Black Noi$e Blake Baxter Chris Koltay Chuck Daniels Delano Smith Ectomorph Gene Farris Jon Dixon Kweku Saunderson Marco Shuttle Mark Flash Marshall Applewhite MGUN Mija Milan Ariel The Saunderson Brothers Shady P Venture to the D with this collection of over 400 percussive one shots, synth loops, ambient textures, vocal FX and more.

If you have already an Splice account you can download the full pack or individual samples exclusively on Splice Sounds here:
Splice Sounds | Movement 2018 Sounds of Detroit