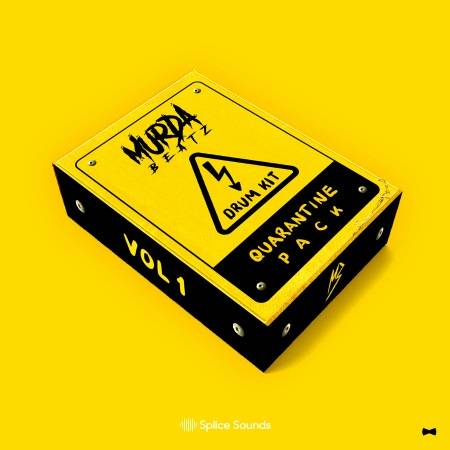 Stuck inside and feeling restless? GRAMMY Award-winning, multi-platinum producer, Murda Beatz wants to help you channel that energy into beat making. For his first Splice pack, he put together sounds to keep you busy, productive, and inspired. Dig into this pack for percussion primed for those bedroom beats: 808s, claps, hats, kicks, snares, and more.

Canadian hip-hop producer Murda Beatz (born Shane Lindstrom) went from teaching himself music programming to making beats for Gucci Mane and Drake. In addition to a handful of mixtapes and platinum singles, he also contributed to a trio of late-2010s Top 10 hits, including the chart-topping “Nice for What” with Drake.

At age 17, he began teaching himself production, making beats in his bedroom and selling his rock equipment to buy music production gear. He quickly found placements for his beats and ravenously pursued rappers with his material, contacting Atlanta’s Migos before their rise to fame. Socially energetic and always networking, Lindstrom connected with many rappers, eventually working with names as big as Drake, PartyNextDoor, French Montana, and Gucci Mane. His tracks with Montana, 2 Chainz, Drake, and Travis Scott were all certified platinum.

If you have already an Splice account you can download the full pack or individual samples exclusively on Splice Sounds here:
Splice Sounds | MURDA BEATZ QUARANTINE KIT