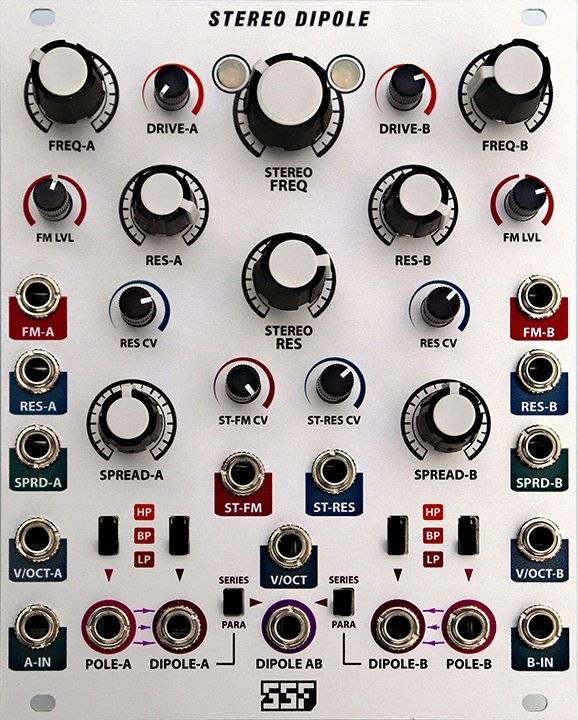 The Stereo Dipole is a Quad Multi-Mode VCF featuring single, dual and quad peak filter outputs.
Designed to be clean or characterful, the Stereo Dipole is not intended on achieving any one type of sound. From clean frequency based panning to complex phasing and formant synthesis and over-driven squelchy bass lines, Stereo Dipole offers an environment which is simple enough to use, while providing the versatility to push your sounds into unknown territory…
Comprised of two identical filter sections that can be used independently via the dedicated Resonance (RES), Primary Cutoff (FREQ) and Secondary Cutoff (SPREAD) controls as well as in tandem via the STEREO FREQ and STEREO RES controls in the center of the module.