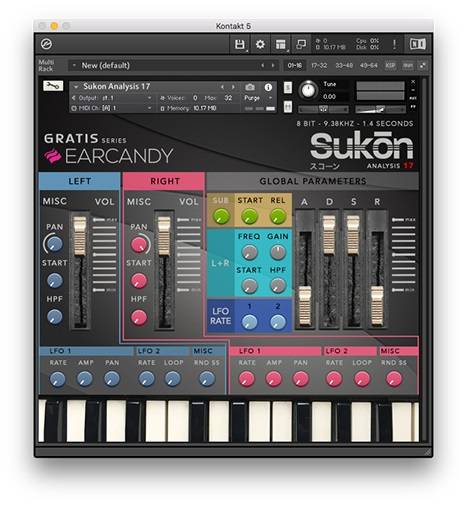 Earcandy has released a free version of Sukōn containing one program for you to play around with.

We were told that Sukōn was too hard to explain in the manual and in the videos. So we give you Basic Program 17 for free. Now you have no excuse not to try it out. A loop instrument? granular?

You could say that Sukōn is a loop instrument and you would be right, but we think it is so much more than that. It has some weird granular effects to it, but it is hard to explain exactly how it sounds and even how it does produces it’s wicked sounds.