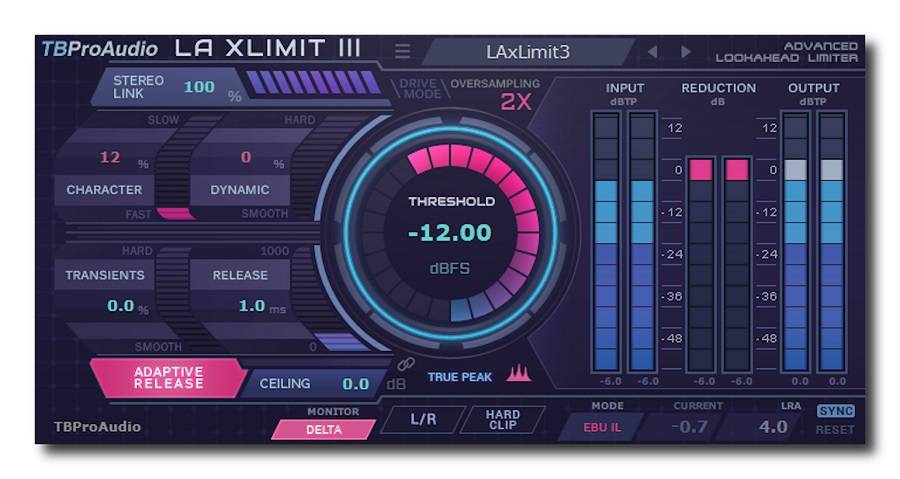 The goal of the design was to cover a broad range of limiting applications in today’s mixing and mastering situations with strong focus on low aliasing.

LA xLimit III is designed to be used as last plugin in the processing chain (brick-wall limiting).