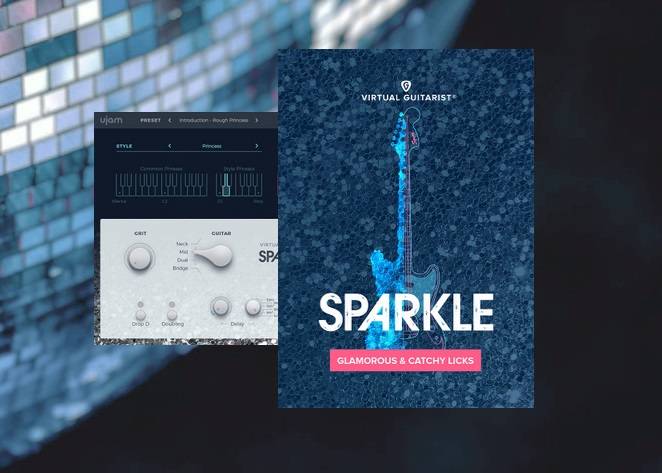 SAVE 129 US-Dollar! Ujam & PreSonus have decided to spend the virtual guitarist plugin SPARKLE for free.

What Is Virtual Guitarist?
Virtual Guitarist is exactly what the name suggests, genre- specific great sounding guitars played like a top session player is in the studio, even better you have control over the sound and performance. It’s also Native Instruments NKS compatible.

SPARKLE
There’s an entire collection of Virtual Guitarists, the one being offered to PreSonus users is SPARKLE, it offers.
– Clean to crunchy pop guitar
– Single-note, octave and chord riffs
– More than 90 Styles and 1000 Phrases
– From funky clean to indie rock

SPARKLE plays slick and colourful licks from a huge variety of genres and comes with more than 1000 characteristic Phrases grouped in 98 Styles.
How Studio One Owners Can Get SPARKLE FREE. You can also take 50% off other products including Iron, Amber and Silk!

Specification:
Operating Systems: Windows 7 or later, Mac OS X 10.9 or later – You may run it on earlier versions but UJAM does not support them
Plugin Formats: VST, AU, and AAX