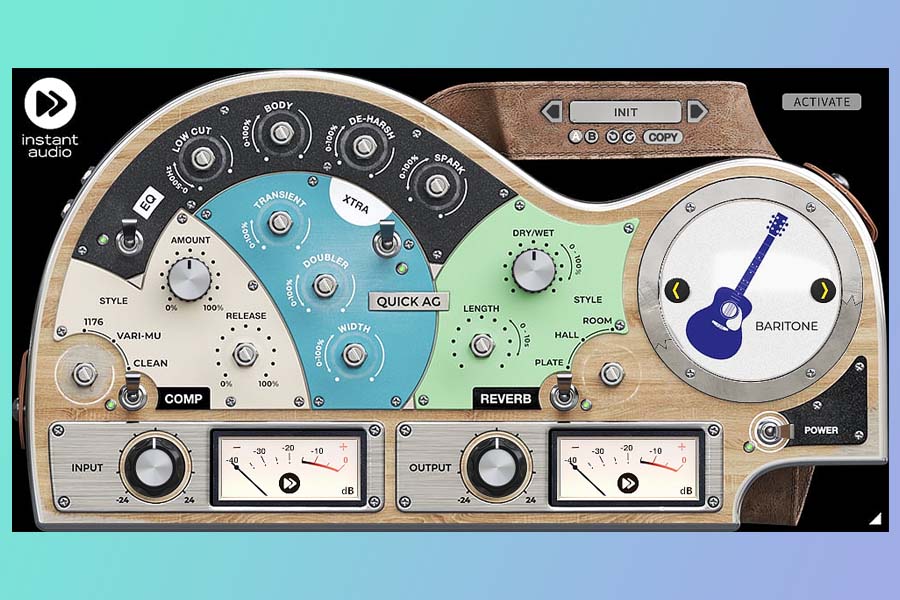 We have just released a new version (2.3) of our QuickAG plugin. This all-in-one acoustic guitar solution includes a compressor, EQ, saturator and doubler.

The main change in this version is the way the plugin acts after the 15-days fully working trial version expires. Instead of generating noises, the plugin remains fully functional (soundwise). QuickAG 2.3 turns into a FREE second-hand version and only loses the chance to tweak some of the parameters. But you can take the advantage of using a mighty FREE plugin. Presets made with a full version remain functional in the FREE version.