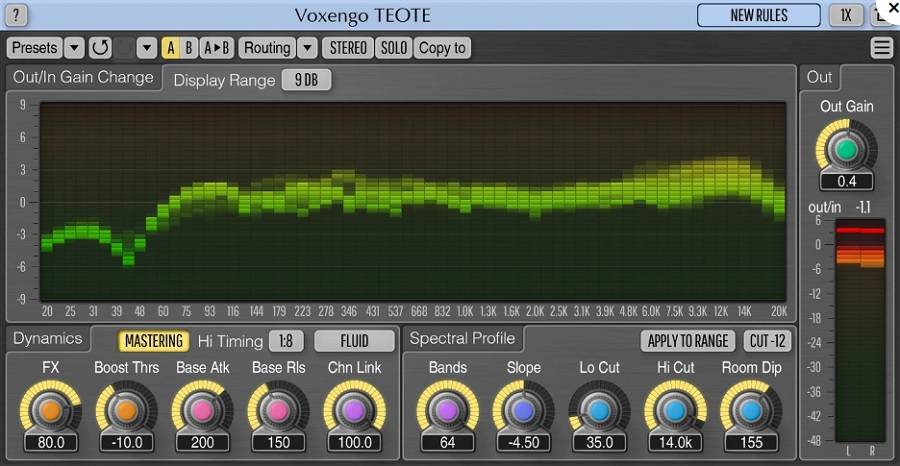 Voxengo released Teote, an automatic spectral balancer AudioUnit, AAX, and VST plugin for professional music production applications. It was designed to be a very useful tool for both mixing and mastering. It automatically performs such tasks like gentle resonances taming, de-essing, tilt equalizing, usually performed during mixing and mastering. In mixing, TEOTE sounds good on pretty much any material.

While by definition TEOTE is a dynamic equalizer, its technology is solely based on multi-band dynamics processing. This allows TEOTE to have only minor phase issues, and to produce a subtle transient-emphasis effect associated with dynamics processing. TEOTE tries to make the program material follow the specified spectral profile, tuned to the contemporary mastering standards by default. It can be said that TEOTE “straightens” the frequency response, making further adjustments a lot easier; it removes a lot of repeating work.

Is TEOTE an AI plugin? In a sense that AI usually boils down to a “curve-fitting task”, TEOTE is an AI plugin that performs gain adjustment decisions in a quantity equal to “SampleRate multiplied by BandCount” per second. However, TEOTE does not use neural networks; it is based on an extremely-refined, completely predictable, curve-fitting function.