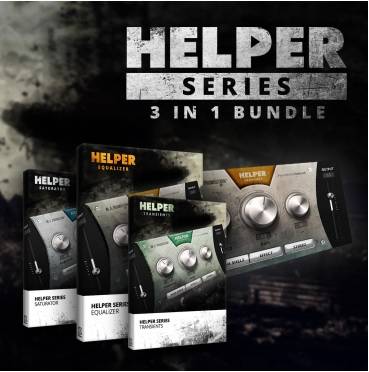 Helper plug-ins are designed to be a superb mixing tools which are vital to bring your music mixing game to the next level. It doesn’t matter that you use it on individual channels or groups or the master channel, it guarantees to bring good results to your music.

Additionally you’ll get the complete soundpack “EDM Squad 2” for free if you buy the Helper series. What an amazing offer!
THe Helper Series is now available for only 39,- GBP.