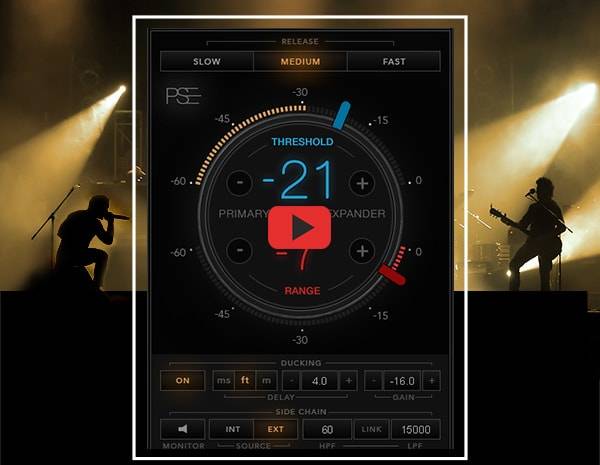 PSE lets you reduce stage bleed and sensitivity to feedback when a mic is idle by automatically lowering mic levels between musical phrases. Perfect for live sound and for mixing live recordings.

At the heart of the Primary Source Expander (PSE) plugin is a precision expander, tailored especially for melodic sources such as vocals, guitars, strings, brass, woodwinds and more. PSE works like a fader that smoothly attenuates the channel’s level when the source goes below the threshold you’ve set. You determine both the threshold and the amount of attenuation.