Win a record deal with Lickin Records and Homeaffairs 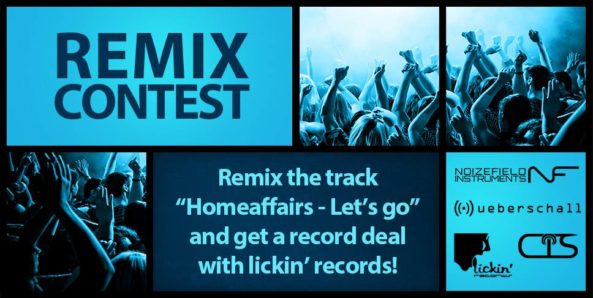 You want to win a record deal? Here’s the chance for you. Create a remix from the song „Let’s go“ by Homeaffairs and send your production till the 20th August to us. The winner will recieve a digital release at Lickin Records. Read more about the conditions from the contest right here: