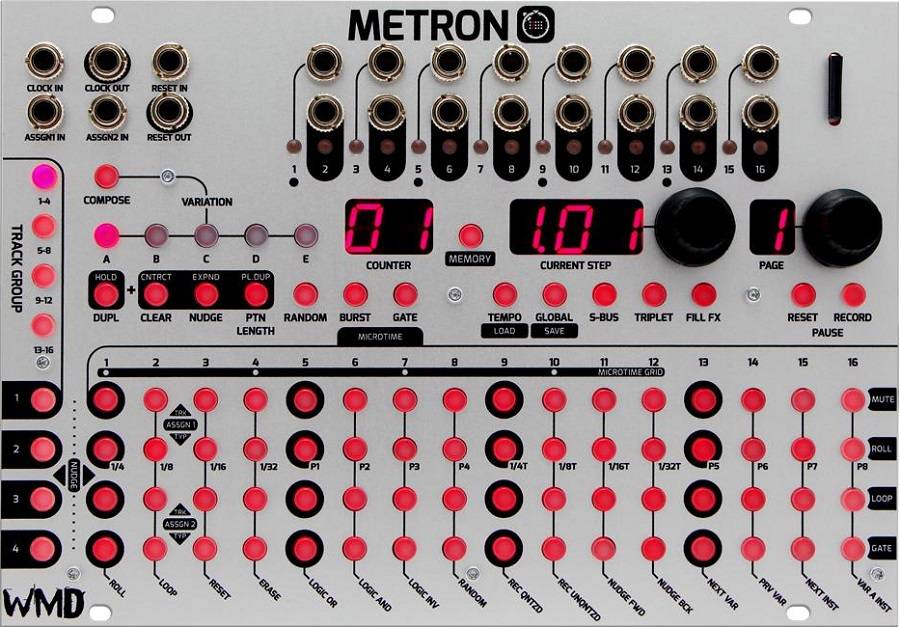 WMD released Metron, a 16 channel trigger and gate sequencer for your Eurorack modular system with loads of intuitive functionality, expansion capabilities, and the tools you need to create longer sequences with tons of variation at your fingertips.