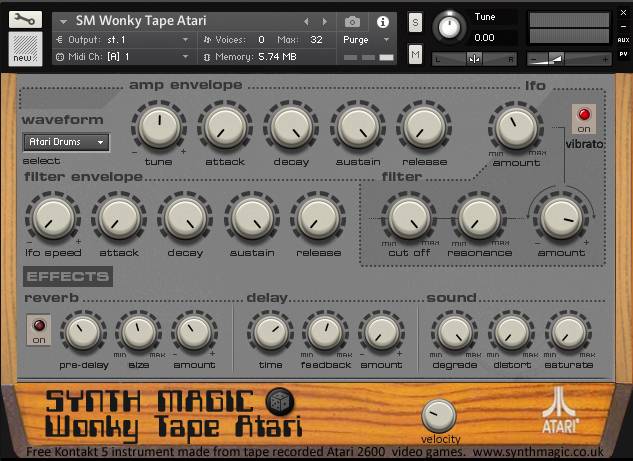 Attention to all retro-music lovers! A new Kontakt instrument called Wonky Tape Atari has been released by Synth Magic. The samplefactory has recorded the samples of legendary Atari 2600 video games. The premapped Kontakt-instrument is filled up with presets and multi’s, including drums, blips, drones and synthy pads. „Atari sounds have been stretched over long key ranges and give some nice lo-fi artifacts when low keys are played, all good for lo-fi music and background sounds.“
A full version of Kontakt 5.2.1 or higher
Wonky Tape Atari 2600