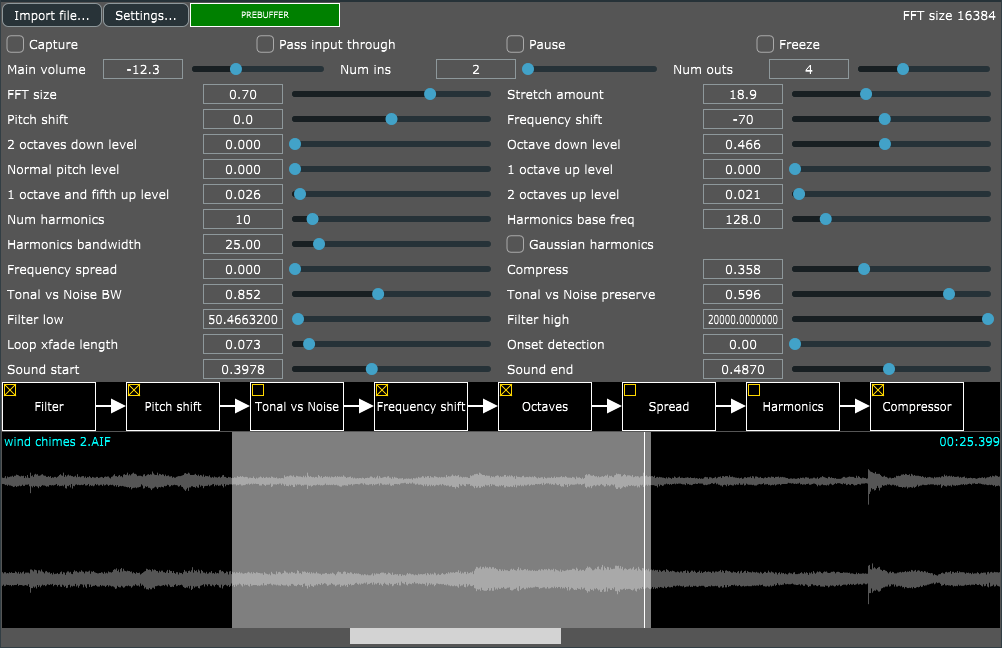 Based on the famous and very stunning PaulStretch application, Xenakios released a VST plugin version PaulXStretch.

“PaulXStretch – VST2/AU Plugin for extreme time stretching and other spectral processing of audio
This plugin is based on the PaulStretch algorithm/standalone app. (Paul’s Extreme Time Stretch.)
No manual or demonstration video exists at the moment, but some information follows :
The plugin is only suitable for radical transformation of sounds. It is not suitable at all for subtle time corrections and such. Ambient music and sound design are probably the most suitable use cases.
The plugin can either load an existing audio file from disk to process or it can capture audio from the plugin inputs. (The capture mode is started/stopped with the “Capture” parameter.)
The plugin will require the DAW audio engine to be running on the track it is inserted on. How that is achieved in various hosts is specific to those hosts. Some hosts will just immediately start running the plugin, in other hosts one may need to record/input monitor enable the track or something else needs to be done.”