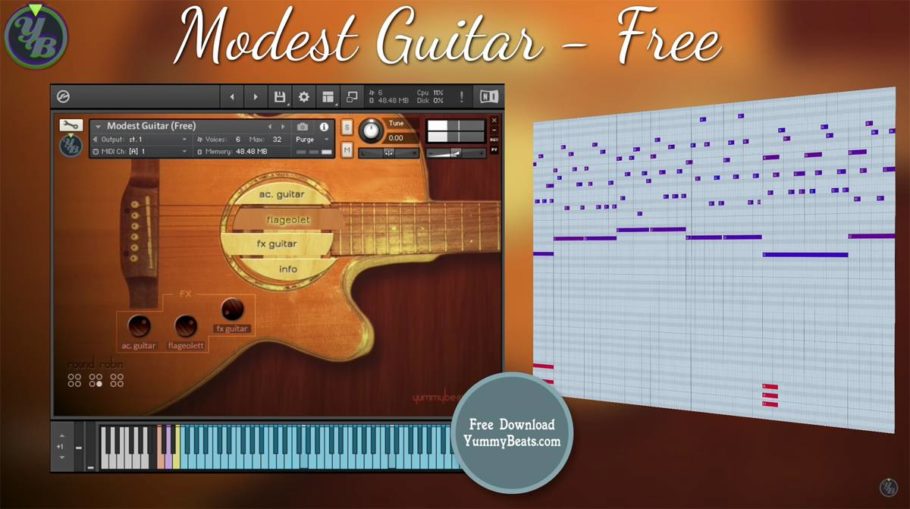 The Modest Guitar is designed to be warm and organic sounding. There are also some decent guitar player noises on the flageolets which can create an additional pleasant atmosphere.