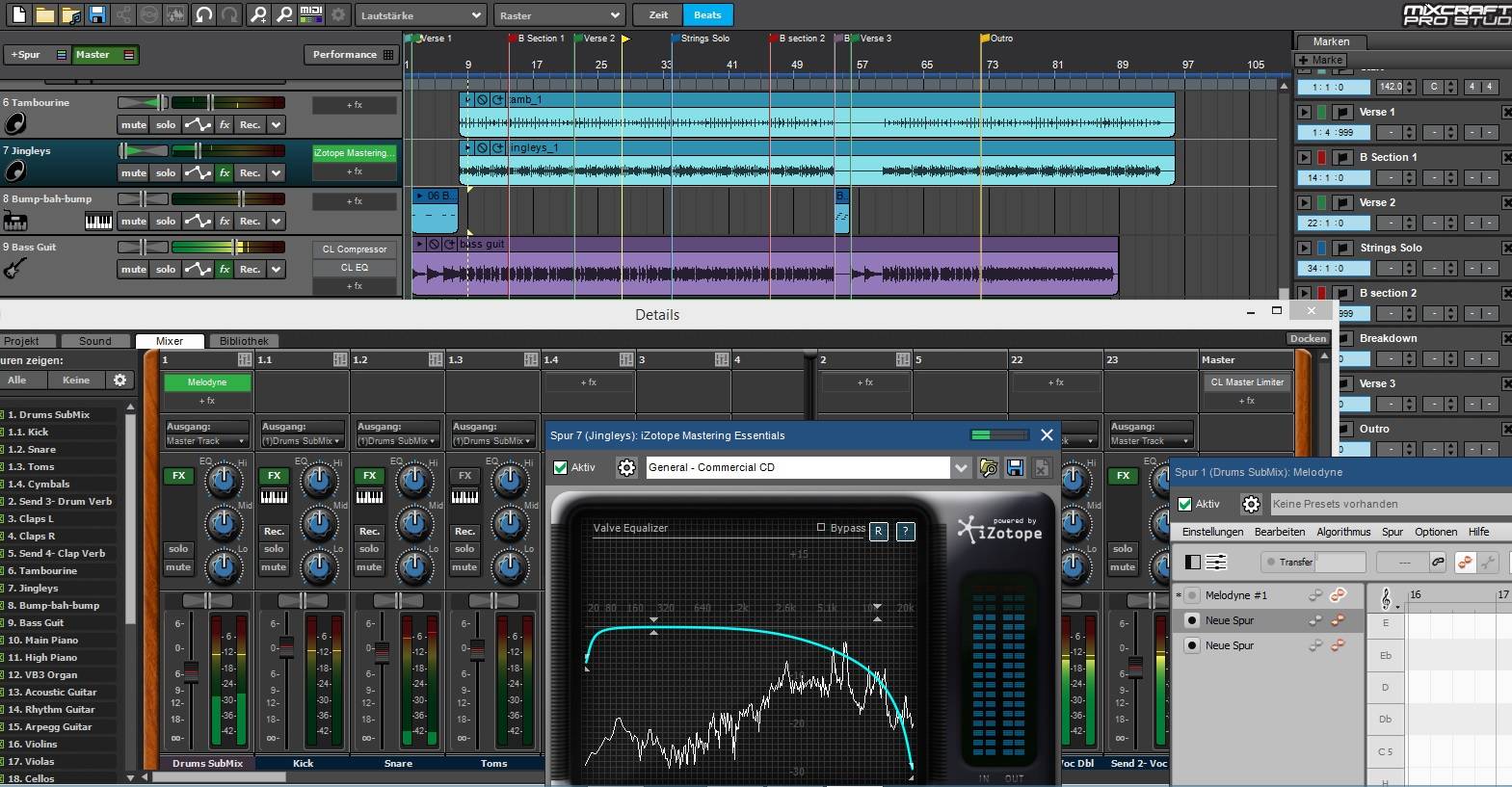 With the major-update of Mixcraft 8, Acoustica has added another chapter to its successful mixing- and recording DAW. While the previous version of Mixcraft has been splitted into three editions, Mixcraft 8 has got just two editions – the Mixcraft 8 Recording Studio (for homestudio producers) and Mixcraft 8 Pro Studio (for the professionals).

Now, the DAW comes around with an unlimited number of tracks for both editions. You can create clips and edit them on-the-fly, That’s very interesting for DJs and live-performances.
Mixcraft 8 allows you also much more options in video editing. It is no problem now to work on mp4, WMV and AVI-files in the scoring environment. That’s very flexible. After finishing a video production you can easily export and share it on social media channels like YouTube, Vimeo, Facebook and others.

Virtual instruments and effects:
Recording Studio has got 28 virtual effects and 15 instruments. Pro Studio has now 56 audioeffects und 21 instruments. One of the most thrilling plugin new entrys is the synth Kastelheimer Veldberg XD, the reworked Omni Sampler with eight outputs, and the grunge-effect TimeMachine. I also really enjoy Pianissimo Grand Piano, it’s so intuitive to play. The VTD-42 Psychedelic Delay is also very creative.
One of the absolute outstunning features is the new software Melodyne Essentials (Pro Studio only). Now you can repair, alienate or destroy your samples especially vocals as you like it. That’s fantastic.
The pre existing iZotope Mastering Essentials is still included – no need to mention that Mixcraft 8 Pro Studio is a perfect DAW for mastering too.

Sounds and samples:
A huge sound package with more than 7500 loops, one shot samples and sound effects provide a perfect start for production. The sounds are reflecting different genres like Pop, Hip Hop and also electronic music like Techno and House. The soundlibrary could be expanded with the import function by Freesound.org.

The wealth of functions makes Mixcraft 8, especially Pro Studio to a must-have DAW for all professional engineers and producers.

Mixcraft 8 is now available for 89,- USD (Recording Studio) and 179,- USD (Pro Studio) as a boxed or download-version.