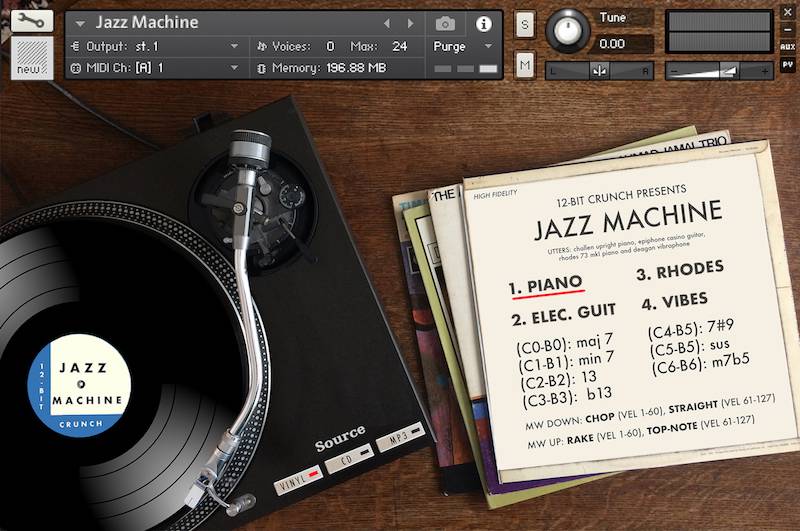 Jazz Machine’ is 12-Bit Crunch’s debut Kontakt Instrument. It’s part sample-player and part chord-generator (albeit one that doesn’t output MIDI):
Conceptually think of it like this: imagine you’re digging for vinyl and you find an insane library record that has like 300 solo chords played in all twelve keys and on various cool vintage instruments. ‘Jazz Machine’ is like a sampler patch with all those crackly chords ripped, pre-loaded and ready to lay some drums under!