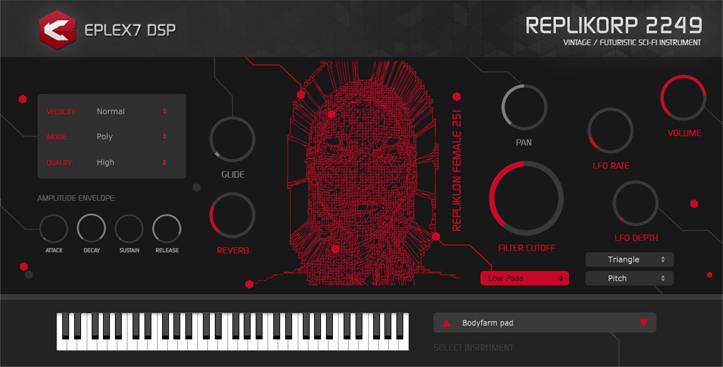 In 1981 one insane, but very talented musician from USSR with ability to see future had a dream. The dream of future in year 2249. People stopped working with hands, almost all work was done by automation, robots. People worked just with their brains, most of economy was moved to weird computer network (later called internet) and digital services because nature was damaged by factory overproduction, global heating and so. Difference between rich and poor people was bigger and bigger, rich people afraid of going outside because of smog, waste, radiation from exploded power plants and gangs of poor criminals. While most of human work was automated, it wasn’t possible to fully automate some kind of jobs, rich people needed assistants, babysitters and serious workers. Intelligent people were extremely lazy and poor people didn’t have skills to do precise work. After year 2220, after approval by the corrupt government, leading genetic company started producing real human clones/assistants which were sold to rich families and companies. These clones had modified DNA, but were still human slaves. Richest people wanted to escape from this dark world full of contaminated nature, smog, waste, unhealthy food produced in laboratory and poor anarchists in streets, they dreamed of colonizing Mars, but after many unsuccessful attempts government stopped this expensive project. This was dark, but realistic night dream / prophecy of musician and clairvoyant Alexander. When Alexander woke up, he was dazed. This dream was disaster. The only way to deal with it was to start making musical story to warn civilization. Firstly he started writing storyboard and preparing sounds for his futuristic soundtrack. He was very talented and innovative amateur music producer, electronic engineer developing first computers in his daily job. He created sounds, samples and presets for this soundtrack with analog modular synthesizers, early digital fm synths and his own computer algorithms which were fully futuristic at that time, he used analog tapes and first 12 bit recorders to record his sounds. He was totally obsessed with making this soundtrack, he understood his music as a mission for humanity. After few weeks he quit his daily job to fully focus on music production and writing storyboard (had problems with government because it was illegal to be unemployed in USSR). But one day he get lost…Nobody don’t know where…maybe it was KGB secret police because his ideas and opinions were dangerous for USSR, or he was closed at psychiatric hospital. After few decades his daughter found tapes and diskettes with his sounds/samples. She sold them to us, we remastered it and bringing you this weird combination of vintage and futuristic madness!