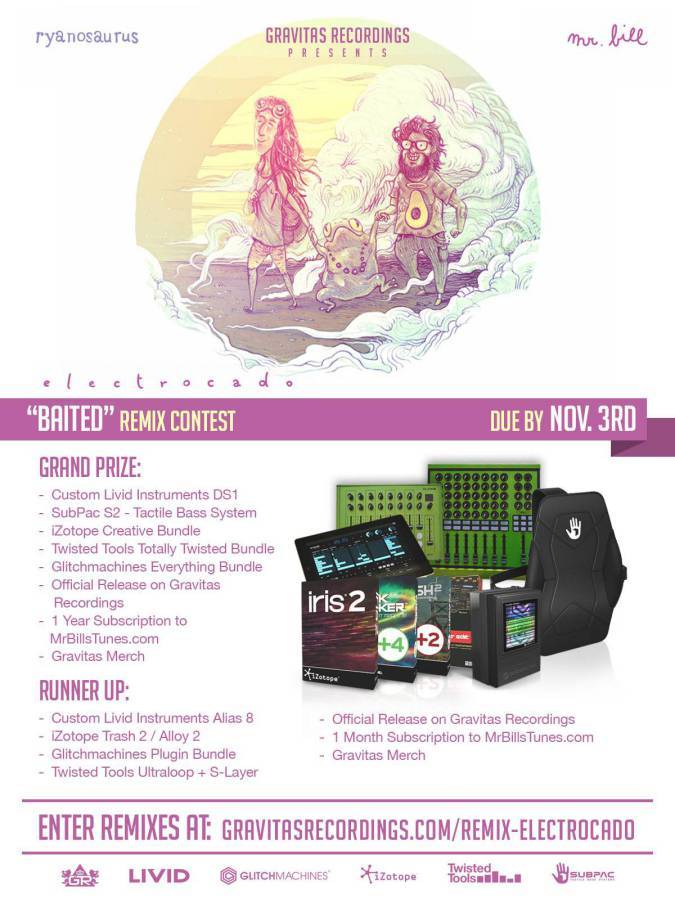 “Calling all producers! Gravitas Recordings has teamed up with Mr. Bill & Ryanosaurus to present a remix contest for Electrocado’s ‘Baited’ from their ‘Scribble’ LP released earlier this year. Winners of the remix contest will have their track appear on the official remix album, which will be judged by the artists and official remixers including Funi, Slynk, Psymbionic, and of course Mr. Bill and Ryanosaurus themselves! Both a grand prize winner and a runner up will be chosen to appear on the release, and in addition will receive prizes from SubPac, Livid Instruments, Glitchmachines, Twisted Tools, iZotope, and more. Submissions are due by November 3rd, 2015 and must be submitted to the remix contest SoundCloud group – get to work, and good luck!”

92 minutes of Moog DFAM for free: The Motherdrummer by Drum Depot